Have you ever had a chance to talk with an artist in a less formal situation? Do you know what it feels like to co-create a piece that will be exhibited? Have you ever seen the assembly of an exhibition from the inside? In the week preceding the opening of the new exhibition we would like to invite you to visit MWW and take the opportunity to observe the work of artist Piotr Bujak.

Piotr Bujak is a critical and, in a way, impudent artist. In his projects he uses formally limited strategies that carry the potential of fast response. Following DIY principles, he believes in the hit-and-run strategy, which enables him to act alone and relatively quickly. At times he also uses trolling, typical of the Internet. This formal rigour is juxtaposed with another two principles: low budget and “quick and dirty”, which result in nonchalance and a minimum of financial resources.

You can join the meeting at any time between noon and 5 PM.

Piotr Bujak (b. 1982 in Będzin) is an interdisciplinary artist whose practice oscillates between video, installation and object art; author of texts and cultural-political activist. He graduated from the Academy of Fine Arts in Cracow (2009) and San Francisco Art Institute (2012). Recipient of scholarships of the Fulbright Foundation and of the Japanese government. He is currently working on his PhD thesis at the Faculty of Art of the Pedagogical University of Cracow, and since 2017 he has been carrying out a research project at Tokyo University of the Arts. He studied under Lynn Hershman and Stephanie Syjuco. In his practice he is interested in combining the punk culture of defiance, minimalism, conceptualism, the neo-avant-garde, situationism, appropriation art and a critical discourse. Drawing on the strategies of low budget, “quick and dirty,” DIY and “hit and run,” he analyses notions connected with the pathologies of neoliberalism, violence, identity, cultural heritage and politics. He often experiments with found objects and consumer goods. 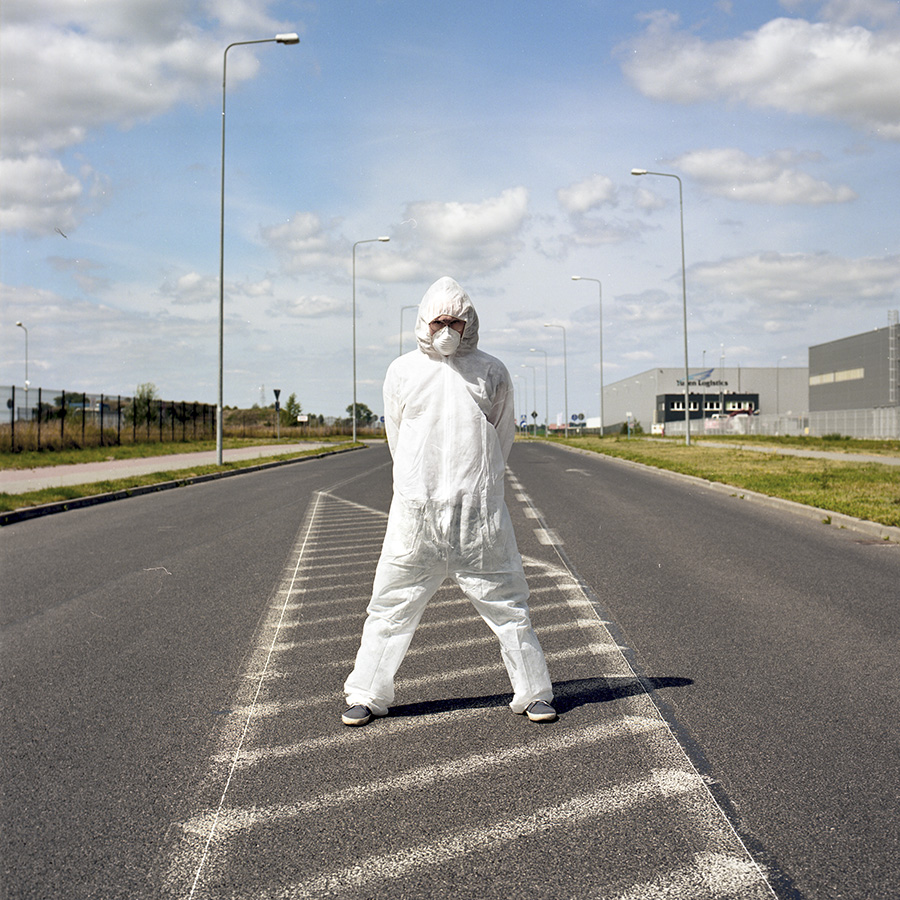