We would like to invite you to the official inauguration of Autism Awareness Month, which will include the presentation of Aleksandra Trojanowska’s installation “Images of Autism”. It will be accompanied by a meeting with artists under the title “Uncontrolled Conversations”, an expert panel “Neither Rain Men nor Sheldons”, and a screening of the documentary “On the Way”.

The event will be organised by the Lower Silesian Association for Autism in partnership with Wrocław Contemporary Museum and School Complex no. 2 in Wrocław.

The “Images of Autism” installation can be seen free of charge during the opening hours of the museum until 20 April.

——————————————————–
Autism is one of the most serious developmental disorders. It affects all the spheres of child’s functioning and can lead to severe disability. However, it can be prevented by early diagnosis and treatment. The number of people suffering from autism is growing in Poland and elsewhere. At present, one in three hundred children is diagnosed with pervasive developmental disorder, which affects communication, social relationships and behaviour. It requires an individual approach and specific therapeutic treatment. Most people with autism will need support during their whole lives. The UN has officially recognised autism spectrum as one of the most serious global problems alongside diabetes, cancer and AIDS.

In 2008, the UN General Assembly designated 2 April as World Autism Awareness Day. In Poland, this day inaugurates Autism Awareness Month, held under the auspices of Polish First Lady Anna Komorowska. It is intended to raise social awareness of the problems and needs of people suffering from autism 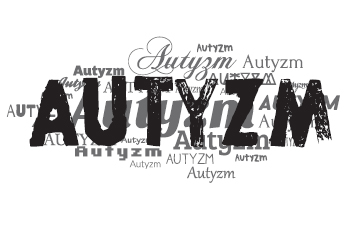