The educational set It Begins in Wrocław has been prepared to mark the 50th anniversary of the Wrocław ’70 Visual Art Symposium – an extraordinary meeting of artists, critics and art theorists that happened in Wrocław. It consists of three elements: The Symposium in a Nutshell, Symposium Map and Symposium Scenarios, which were developed to promote the project and popularise the assumptions and ideas proposed in 1970 among a wider audience.

Over a dozen organisations, institutions and grassroots initiatives joined forces to form a working group that prepared a programme of year-round celebrations, including exhibitions, tours, picnics, educational activities and other events. The starting point for the educational activities is The Symposium in a Nutshell and the Symposium Map, complemented by scenarios for individual work.


The Symposium in a Nutshell contains the most important information about the event. We would like to not only spread knowledge about contemporary art, but also to rediscover Wrocław and its history – in the context of the projects created during the Symposium. The publication includes a brief calendar of events, names of the participating artists, the organisational context of the Symposium, and the reasons why most of the submitted projects have never materialised in our city.


The Symposium Map features projects that were created by artists during the Symposium meetings. For some of them, the location was already chosen in 1970 – hence the specific points marked on the map of our city. The way in which we described selected concepts will hopefully inspire you to explore Wrocław on your own. We hope that the descriptions will stir your imagination and you will fill the cityscape with objects proposed by the participants of the Symposium, even for a short time. We have also prepared two suggestions of bicycle routes – in the city centre and in its southern part – which will allow you to get to know these areas from the perspective of projects which have never been developed, but which may have influenced the urban fabric of the city.


The Symposium works and concepts that were never created provided the starting point for Scenarios of Activities for various age groups. The scenarios can be used freely, both in formal and informal education – as inspiration for activities at school, in the yard, in a culture centre or local activity centre, at the University of the Third Age, in library and at home. You can adapt them to your own needs and experience. Their reference to the context of the Wrocław ‘70 Visual Arts Symposium offers an opportunity for this unique artistic event to appear in discussions, actions and awareness of the users of the set. Enjoy!

It begins in Wrocław. The Wrocław ’70 Visual Arts Symposium in a Nutshell*

The idea to prepare the educational materials was developed by the members of the so-called Educational Committee of the Symposium 70/20 working group, which consists of independent educators and animators associated with the Ładne Historie Foundation, Wrocław Contemporary Museum and Pan Tadeusz Museum.

The educational set is just the beginning of what we have prepared for you! 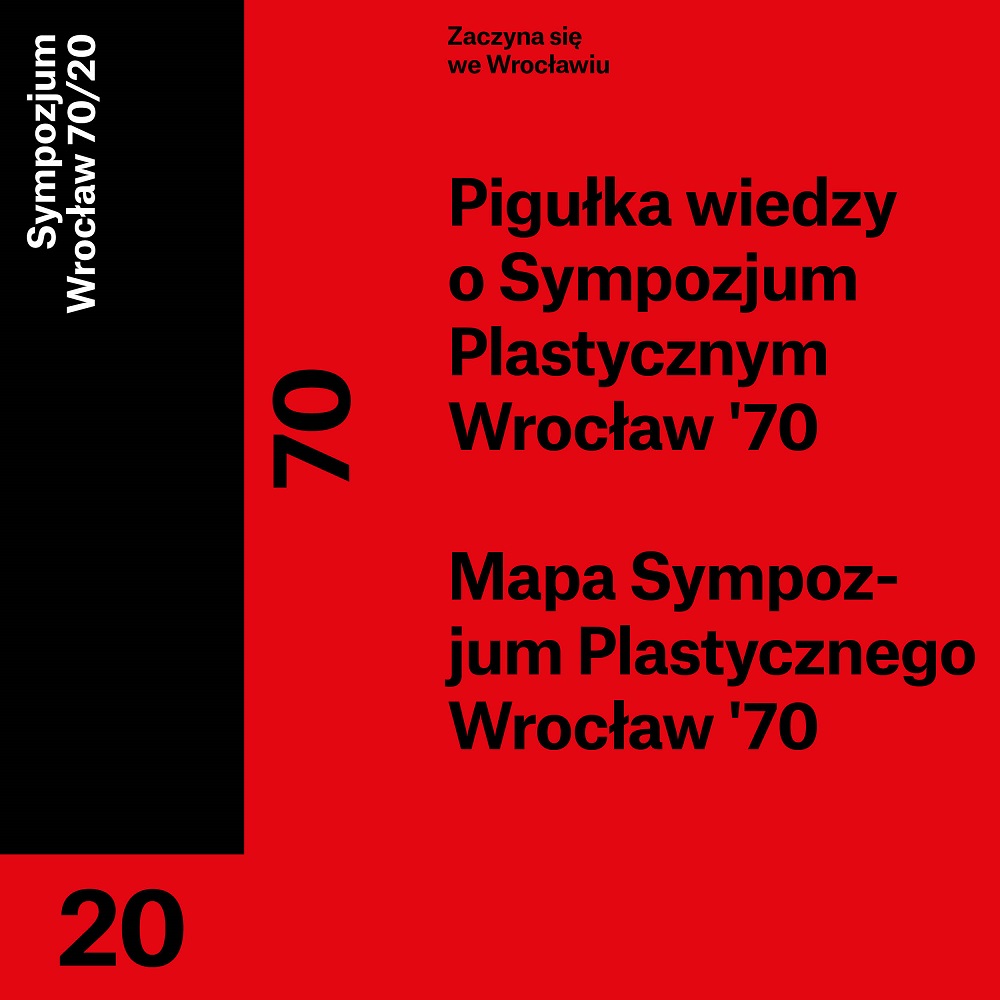 Co-financed by the Municipality of Wrocław