A few months ago a new museum institution appeared on the cultural map of Wrocław. It is
odd and unusual not only because of the fact that it aims at facing, with different discursive methods (including using the most contemporary art), the problem of the contemporary times, but also because of a specific building it decided (?) to stay in for the next few years. The shelter at Strzegomski Sq used to serve various functions, it used to appear and disappear in the consciousness of inhabitants of Wrocław, it used to protect and scare, make people
wonder, it used to tempt to explore, it was and still is the source of countless meanings, guesses, ideas.

You are more than welcome to take part in the discussion with the people, who at some point
of their lives were brought by fate to this place. Michał Bieniek (the president of the Art Foundation ART TRANSPARENT and general curator of the SURVIVAL Art Review), Agnieszka Kłos (originator of the “Breslau CV” project, art critic, writer) and Łukasz Wojciechowski (architect, member of VROA ARCHITEKCI studio) will answer Anna Wiatr’s and Bartek Lis’ questions.

The discussion will be a prologue for the research project called “Narratives on a shelter/concrete” that in summer and early autumn will be realized jointly by the Wrocław Contemporary Museum and Qualitative Research Centre ‘IN VIVO’.

During the research we will closely look at the stories connected and inspired by the bunker, also called a shelter. We will talk about the shelter, read historical studies about it and we will learn about press coverages related to it.

We will also analyse the way the shelter has been adapted for MWW’s needs. We will also try to find out what do children think about the shelter, and what did the citizens of Breslau think of it.

The research report will consist of the reconstruction of narratives, meanings and metaphors related to the shelter, creating – that is what we hope – a new interesting story. 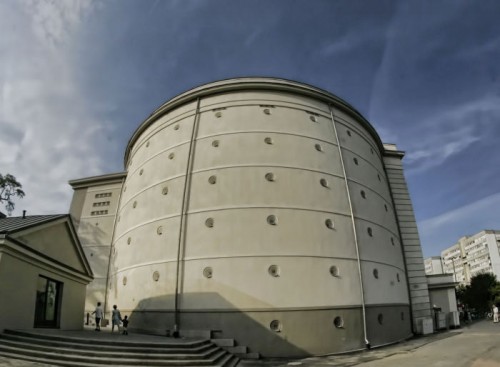