Although the phrase “Civilization of the Afterparty” does not encapsulate all the actions in the clubbing milieu, it metaphorically describes an approach to having fun that has become an indispensable element of partying in today’s Poland. The domestic electronic music stage is gaining momentum, and this process is accompanied by a growing number of events and people who are actively involved in them. A night at a club is often not enough to experience and express all that we wish, and thus the party goes on until the following noon or evening.

From this perspective, it is worth examining the beginnings of the clubbing milieu, the history of dance electronic music and the political and economic role of techno and house. We will talk about the very idea of clubbing as the flip side of the street, about the cases of Berlin and Detroit, and whether Poland should indeed be perceived as the peripheries of raving.

Having replaced rock musicians and poets, are DJs an example of today’s bohemia? Will the co-called “booking” become the most desired commodity in the clubbing entertainment industry? What will the future of parties look like in an age of digital amateurship coupled with easy access to online means of making music? Have the original raves been already replaced by commercial “events”?
The discussion is intended to reflect on the culture-forming potential of nightlife, the significance of abandoning the daylight in favour of trans electronic atmosphere, the state of the music making and distributing market in Poland, and the attitudes of Polish partygoers. The discussion will be complemented by sets by invited DJs.

CIVILIZATION OF THE AFTER. Vol. 1: The flip side of the street, or why do we need the clubbing milieu?

The first meeting will be devoted to the origins of the contemporary idea of clubbing. When did it actually begin and what circumstances accompanied its emergence?

Do clubs provide exclusive entertainment for the chosen ones, or are they a place of unhindered expression for all? Can the parties still function as a refuge for the excluded ones, a spontaneous ritual, a wild celebration, and a means of rebelling against the venerated everyday convention of day and night?

How does money and architecture influence the club experience? Why do the DJs attract so much attention nowadays? What changed in the music sphere when it evolved from lo-fi to hi-fi? Are we facing a threat of total commercialization and codification of clubbing in the future?

Jacek Plewicki is the initiator and organiser of Warsaw events “Brutage”, “Light”. He cooperated with the “Glissando” magazine. He is an enthusiast of raw music and an avid collector of vinyl records.

Michał Świgulski and Damian Osowski are the founders of the Das Lokal club, which they have been successfully running for five years. Since January 2013, this most interesting venue with alternative club music has been located in Plac Solidarności in Wrocław.

CIVILIZATION OF THE AFTERPARTY. Vol. 1: The flip side of the street, or why do we need the clubbing milieu?

Discussion with the participation of Jacek Plewicki, Michał Świgulski, and Damian Osowski 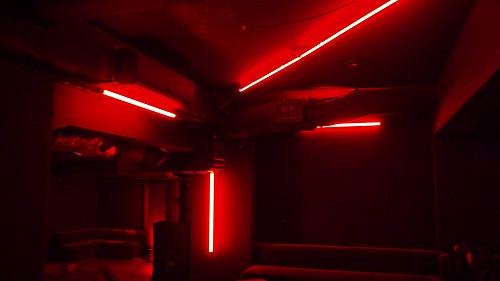