Poland has never been a club Eldorado, and the achievements of domestic electronic music are rather modest. In the early Third Republic, Kazik or a nostalgia for Jarocin was preferred to the “impersonal oonse oonse”. Perhaps it was the syntheticity of relative apoliticism of techno that turned out to be overly abstract for the nascent democracy, devoid of a personal character that would aid in commenting on the reality.

Of course, we do have our own history of clubbing, although the development of club culture on the Vistula quickly became the domain of derelict provincial halls where makeshift discos were held. Stigmatized as “junkies and retards’ racket” by the intelligentsia, techno fell on fertile ground with the rural proletariat. They probably needed this mechanical music to take it out more than the city dwellers, who took to the young Polish pop.

Although there are several internationally acclaimed Polish musicians, just like there are a few sportspeople, our market is still immature and resembles rather a bazaar. New talents appear every now and then, some artists are scattered all over the world, but it is hard to talk in terms of uniquely Polish sounds or milieus.

Each new wave of producers brings hope that the best among us will become better known. There are currently a few ingenious projects and labels that save our honour and provide a sense of being able to choose domestic merchandise.
We have neither the British music traditions nor the German cultural ethos, but we still managed to organise a few great festivals that attract the attention of the media and society. Money clings to all that is young and dynamic, so it is bound to support techno sooner rather than later. However, flirting with commercialization does not always pay off since ideals can be easily sold or exchanged.

What is the future of the club scene in Poland? Will it evolve to create its own strong local centres, or will it lag behind the global transformations? What factors impeded its development in the past and will the situation change for the better? Let’s sit down and talk.

Paweł Klimczak – a DJ, music producer and journalist. A participant of Red Bull Music Academy who currently performs as Naphta. He was responsible for the Lineout.pl portal, the Pvre Gold project and the series of parties Loud & Claer.

Rafał Cały – founder of the C&C Bookings agency, looks after a number of Polish artists. A co-organiser of many events, including the Wooded festival in Wrocław.

Marcin Karpiński – known as “Motyl” or “Dj Mo”, he has a huge experience as a DJ. Closely connected with Jacek Sienkiewicz’s Recognition, one of the most important figures of the Warsaw club scene.

Curator of the cycle: Mateusz Kazula

Discussion with the participation of Paweł Klimczak, Rafał Cały and Marcin Karpiński 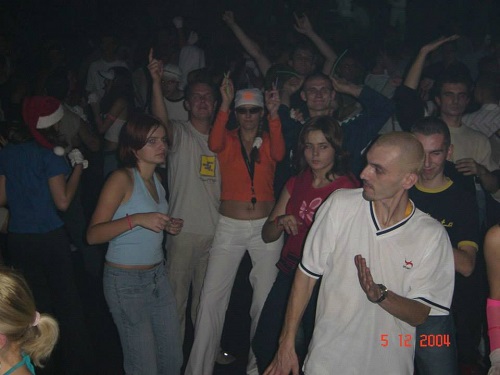