(Wednesday), 6.00 PM, terrace on the roof of MWW, free admission

The Gentle Seismograph – Contemporary Conversations is a new cycle of debates sparked by works from MWW’s collection currently presented at exhibitions.

The intellectual foundation for the cycle is the thought of Jerzy Ludwiński, an art curator and theorist who was connected with Wrocław and who is the unofficial patron of MWW. Of key importance for Ludwiński’s multidimensional activeness was his desire to establish a current art institution based on interdisciplinary dialogue. As he wrote, such an institution would be a “gentle seismograph” of changes occurring in art and society, and at the same time – a “catalyst” for new artistic phenomena.

We propose meetings that will assume the form of open debates examining the surrounding reality from a maximally broad perspective. The featured works will be treated as an introduction to discussion about subjects raised by the individual artists, although the analysis will exceed the field of art. It will be vital to allow a broad scope for interpretation and account for various contexts, including different perspectives and interests. The cycle will be inaugurated as part of the programme accompanying The Ratcatcher exhibition.

The starting point for the first conversation will be provided by Douglas Gordon’s work titled Self-Portrait of You + Me (David Bowie), 2007.

The work by Douglas Gordon titled Self-Portrait of You + Me (David Bowie) is part of an expanded series in which the artist used popular photographs of famous people connected with popular culture. In the photograph of David Bowie, his eyes and mouth have been burnt out and replaced with pieces of mirror. The use of fire was an important element of the creative process because the artist could control the outcome only to a limited degree. What emerged as a result was a portrait with burnt holes and shiny surfaces inside them, which makes the musician’s face blur with the viewer’s. Gordon’s action is therefore a game with the perception of identity. Confronting the image – the superstar’s mask – with one’s own reflection makes us aware that we all play a role in the process of the making of an icon. At the same time, the work is iconoclastic in character. Combating the cult of sacred images is an important theological problems for the biggest monotheist religions, which sometimes leads to armed conflicts and acts of aggression. Gordon focuses on a secular depiction of a contemporary icon. For him, the process of creating the image is a destructive act.

In 1968 Andy Warhol said, “In the future, everyone will be world-famous for 15 minutes,” which seems particularly relevant nowadays. On the other hand, we must remember that celebrity culture has always been part of everyday life.

During the meeting we will talk about the mechanisms used to create a phenomenon and the obsession of broadly-defined celebrity culture.
How does pop-culture shape our outlook on reality?
Is the thirst for fame a product of the consumer society?
To what degree do we identify with our idols?
What is our responsibility for making them famous?

The meeting will be moderated by MWW curators – Piotr Lisowski and Małgorzata Miśniakiewicz.

Przemysław Witkowski
(b. 1982) is a columnist, journalist and poet.


The Gentle Seismograph – Contemporary Conversations / Programme of the cycle

The starting point will be provided by
Douglas Gordon’s work
Self-Portrait of You + Me (David Bowie), 2007.

The starting point will be provided by
Artur Żmijewski’s work Glance, 2016–2017.

The starting point will be provided by
Gustav Metzger’s work Auto-destructive Monument, 1968/2018. 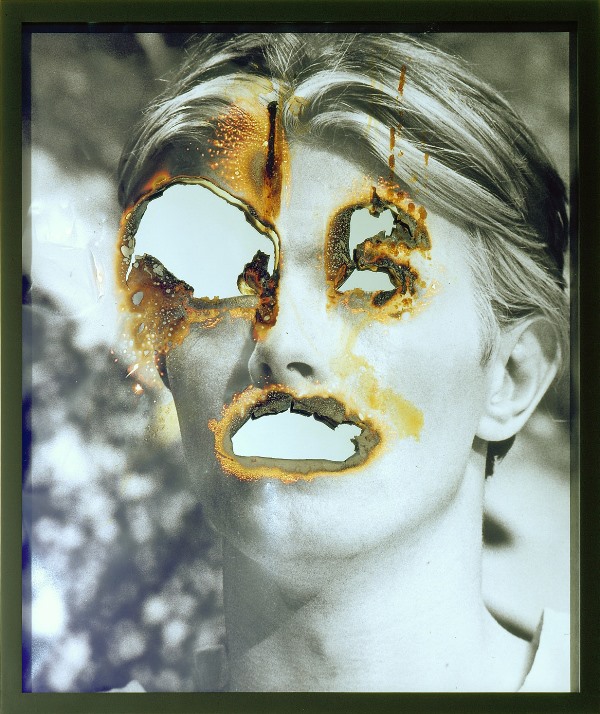 Douglas Gordon, "Self-Portrait of You + Me (David Bowie)", 2007. Courtesy of Gagosian Gallery