Kinetic discussion is a form of a conversation, where all the participants and the moderator are running. This form of a conversation can give an interesting answer on how the physical effort influences what we articulate and how we do it. The participants divided in two teams will change like in a relay, passing the baton. Will they be able to run to collective conclusions? Or maybe their paths will separate leading them into meanders? And does the one who is right always win?

When Parandowski’s The Olympic Discus has introduced us to the ancient Greece, Andrzej Bobkowski in Ikkos and Sotion surprises us in the fragments, where the antique hero becomes an attractive figure of modern civilisation, casually marking the shrinking and globalized fields of freedom. We can politely say about Ikkos what Bobkowski himself said about Parandowski – it is for us, contemporary fans of probably no more sport, a book that is too broad. So what can be done? Talking about not sport in the times of sport cult? Let’s try.

A reminder: Ikkos is a pragmatist who moves with the times and who pursues his goal uncompromisingly; when Sotion is the embodiment of the body and soul balance, an attitude that is the source of the most valuable, in Bobowski’s opinion, root of European culture. Sotion is a man who cannot expose his advantages, because they are invisible and little popular. He cannot retreat to once chosen social role, once chosen pose. Is supporting Sotion, who cherished the freedom virtue, worth the effort?

But what seems to be more interesting for a contemporary fan is a portrait of Ikkos, who devotes the spice of life to profits, and acclaim, in order to – within once chosen goal – become a slave of the system he benefits from. It seems that from our point of view this tension is the most valuable and it holds to us an ancient mirror of a legendary Olympic sportsman, incarnated before our eyes into new and untamed forms of sport. And then the story from before twenty-six centuries melts with our everyday, on the Euro Eve.

And what is the most valuable, is a broad perspective of the ancient melting point for the world, of its colours, so unpopular and under-priced in our times. As if we were mutant Sotions, dummied up, with no right of voice, silent and hopeless towards the only one right model of supporting. And it is worth asking, what would have happened, if all the transfer windows were shut for 10 years and we would give ourselves to the simple rivalry, without this all, called profit? Are supporting Ikkosses only? Which of us is Sotion?

We invite to a discussion. 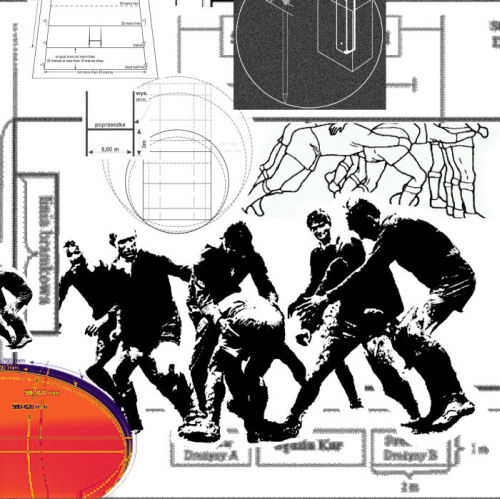