Manifestos propose comprehensive social change – and as such include the sound sphere as well. Any holistic project of change has a desired vision of the sonic organization of reality, although it is not always explicitly stated. Such visions include, among other things, regulations concerning noise levels or given social groups’, or their representatives’, right to speak publicly. Manifestos can thus be situated at the intersection of aesthetics and politics.

In the Polish language, sound, verbal or performative metaphors are often used to describe the content of manifestos or the act of their proclamation. However, the attention paid to the role of sound in the very process of their creation is still inadequate. We know what Martin Luther’s theses nailed on the cathedral door in Wittenberg “said”, although we never heard the sound of nailing. The same goes for the sound of printing presses or people circulating the manifestos in the streets.

Issue 25 of Glissando magazine is intended to investigate the subject-matter of manifestos against this vast backdrop, with particular emphasis on Central and Eastern Europe. We set out to reconstruct the soundscape visions hidden in various comprehensive contemporary political texts, and we cast another look at the programmatic texts of Central European avant-gardes – both those that made a direct reference to music and those that were seemingly concerned only with visual arts. Last but not least, we ponder the changes of the very notion of manifestos in the former Eastern Bloc – in countries where the Communist Manifesto loomed large, and where the overproduction of artistic manifestos resulted in a crisis of the term itself. We reflect both on manifestos created in the day of neo-avant-gardes and contemporary texts.

“The role of sound in visions included in broadly understood manifestos”

Czarny Latawiec - critic, curator, cyclist. Sonoristic plunderphonist, sonic imperialist. In his productions he ponders on the timelessness of the rhythms of the Dark Continent and the power of unequal tunes 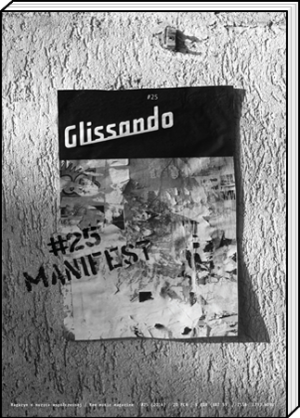