At the end of January Ha!art Publisher and the Contemporary Museum Wrocław will release a book by Małgorzata Dawdek Gryglicka which is a collection of analysis and interpretations of textual-visual works which were created in Poland after 1967 and analyzed from a perspective of current art history. The book has an interdisciplinary character, connects literature (art which uses textual recording) and visual arts in a very wide meaning.

The aim of the study is to draw a panorama of text as a piece of art and to systemize historically-artistic facts in the contemporary art in Poland; searching for answers for questions about power, motives and processes which influenced the development of the concrete poetry, as a next step annexing text into conceptual art, after 1989 rebirth of concretism in a new form , appearance of hypertext and finally of literature; western-European influence on dynamics while developing the phenomena. How did literature and art influence each other? The study opens a new chapter which takes up a quest to find common elements for both spheres, it is an attempt to define relations between a word and an image.

The History of Visual Text. Poland after 1967 is a detailed study discussing a phenomena of visual text which has been noticed and perceived as unique in art. However, it hasn’t been researched in such a way in Poland yet. It is therefore a summary of Polish perceptions of the phenomena basing on artistic activity of prominent characters on the Polish artistic stage.

Małgorzata Dawidek Gryglicka – an artist, art theorist, PhD in humanistic science, author of visual texts. In her work she deals with relations between the flesh of text and the texts of flesh. An editor of “Tekst-tura” (2005 Kraków), and was awarded the scholarships of the Ministry of Culture and National Heritage (2002, 2010), The Mayor of the City of Poznan (2005), The Pollock-Krasner Foundation (2004-2005). A prize winner of the National Centre of Culture for the best PhD in the cultural field (2010).
• • •

The City of Wrocław
Ha!art Corporation 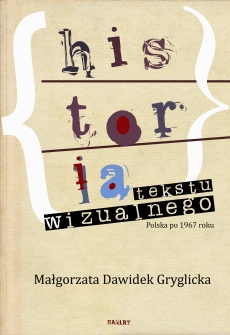 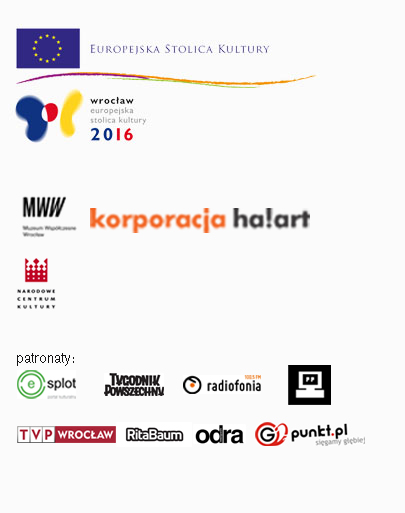