HUG is a multidimensional project that focuses on exclusion. Actions carried out within the project took place in Wrocław between April and June 2015. Meetings with random passers-by were initiated by an open question: “How does the problem of social exclusion affect you?”. While answering, each of the interviewees could make an imprint of their hand in malleable porcelain, which was later fired in the kiln. In this way, the imprints became durable and were used as the railings on one of Wrocław’s bridges. Due to the fact that it was a very narrow construction, all those crossing the bridge were forced to grasp the railing and thus symbolically hug and reconcile with the excluded, whose recorded answers were played during the crossing.

We carried out the main idea of the project. We removed the railing. We documented the process and we archived the materials from the meetings. They were used (and still are) as research material for anthropologists and sociologists. We went home. What now? We would like to meet with you in order to think what should be done with 250 porcelain elements. Being aware that they do not belong to use, we would like them to return to public space.
Karina Marusińska 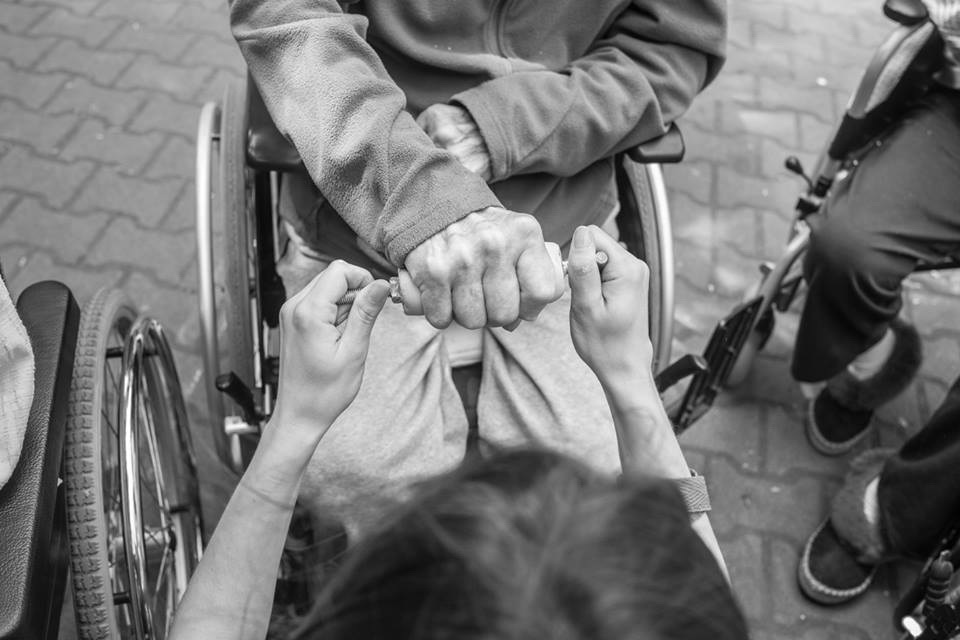