“The Living Room” – meeting with the photographer Wojciech Woźniak.

A block of flats is a place to live and to spend the life. Some are keen on this form of architecture, others barely tolerate it, and most of us have grown used to it. How did this happen? Wojciech Woźniak’s photograph can provide some clues. He decided to document the center of the flat – the living room, i.e. a space at the junction of the sacred and the profane which may at times become the axis mundi of the block life and at other times – a mere depository of old furniture.

This sociological investigation was conducted in Bydgoszcz in 2013 and served as a starting point for reflection about modest privacy, the seemingly anonymous character of post-war architecture, and the ways of creating one’s very own individual world.

A cycle of three architectonic talks: from the macro scale [a city] to the micro scale [a block of flats].Questions about post-war reconstruction, helplessness, mutiny and liking for wall units. Answers that are inevident, open and generate further question marks. Private and official stories, photos, maps and memories.

The first meeting will look at the complex process of constructing the western part of Wrocław anew, creating the modernist paradigm-based city structure, and centrally planned economy determined by the system. The second talk pertains more to a fragment of the city, that is an individual, definite housing estate: what was the design process like in 1970’s, what were the assumptions versus the outcomes, and where the time and place for individuality could be found? The last meeting is connected with the series of photographic projects, in which interiors of blocks of flats and flats themselves have been recorded – how do we treat the building and the room, how do we accustom, destroy, like or tolerate them.

We will meet the invited guests and occupants in the Wrocław Contemporary Museum – since it is located in the western part of Wrocław, in an unfinished city design.

How to create a city out of vast meadows, paved streets and large-panel prefabricated buildings? Where to set the centre of the housing estate, build a church or make a hill out of rubble? Is it to be the place for living or only for sleeping? Michał Duda and Agata Gabiś talk about Wroclavian archaeology and city planning ideas for a new city.

Wojciech Woźniak (1964) is a photographer at Leon Wyczółkowski Regional Museum in Bydgoszcz and lecturer at Bydgoszcz Academy of Photography. He organizes the Bydgoszcz Review of Photography. He has shown his works at several dozen individual and collective exhibitions, and he has done a number of projects and photography series (e.g. “The Stranger”, “Sentiments”, and now – “The Living Room”)

art historian (PhD), she deals with the post-war architecture in Wrocław, works at the Institute of History of the University of Wrocław, cooperates with the Foundation For Art Promotion “Transformator”.

art historian, deals with contemporary architecture, works in the Museum of Architecture in Wrocław; he is the president of the Foundation For Art Promotion “Transformator”. 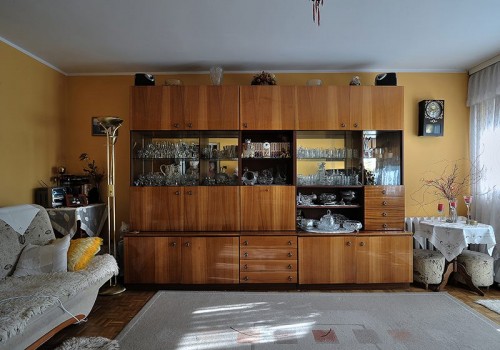 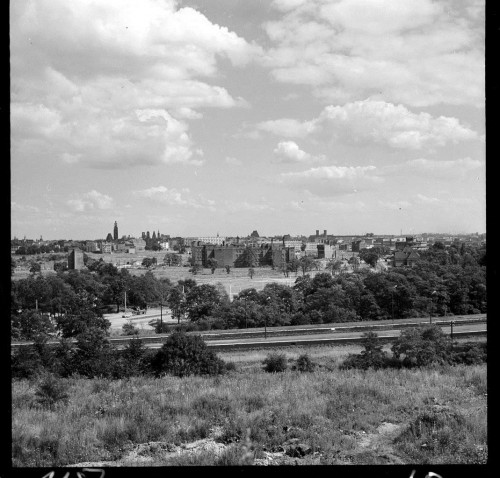