Łukasz Michoń and Iwona Morozow will talk with Dariusz Dobrowolski (a manager of St. Brother Albert’s Aid Society in Wrocław and a director of films about homelessness that are produced by the film group Cinema Albert Production cooperating with the Shelter) and Wiesław Pietrzak (an actor, poet, confectioner, cook, charge of the Shelter who came into his own, a member of the Cinema Albert Production group).

The discussion will concern the unusual therapy with the use of film that aids to the process of walking out of the homelessness. The hosts will try to recreate the uniqueness of the therapy starting from two points of view: the director’s/manager’s of the shelter and actor’s/the homeless who came into his own. The discussion will be illustrated with key fragments of the films produced by the Cinema Albert Production. 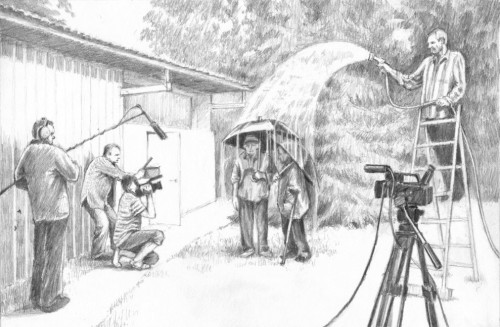