Within our cycle “Talks on the lack…” we will talk with Krzysztof Tomasik, the author of the book published this summer “Gejerel. Mniejszości seksualne w PRL-u.” (Gejerel. Sexual minorities in the People’s Republic of Poland”). The discussion will not only be the attempt to complete the history of the People’s Republic of Poland with the stories of “sexual dissidents” but also the chance to ponder over the lack of a gay/lesbian, or even wider – “queer” – historiography. Why are some narratives excluded from the dominating discourse and how can this story be completed? Is it possible?

Krytyka Polityczna Publishing House writes about the story in these words:

Was Andrzej Wajda planning to make a film about the homo-amatory Operation Arsenal? Who was the brother of the "Vampire from Zagłębie" and how he influenced the famous case in the 70s? Why do we know so little about the Action Hyacinth? Where are the "pink files"? Why was Barbara Skarga afraid of lesbians? How did Warsaw "Kultura" make fun of HIV? The key to what is hidden in sensational novels "Jamnik"?

Krzysztof Tomasik's book is a repository of knowledge about homosexuality in the People's Republic of Poland and stories constructed around it. The author browses reportage, forgotten literature, court files, words of authorities and politicians, diaries and letters. He follows this discourse, unknown up to now, and lets us see the cases, the literature critics, historians and culture researches did not write about. 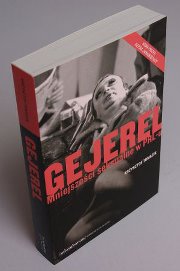