Dzierżoniów is one of many Lower Silesian towns that after the political transformation of 1989 sank into a post-industrial dream. The inhabitants’ rhythm of life used to be determined by two huge factories, which employed a significant proportion of the local population. While Diora, a manufacturer of cult cassette players, is still remembered, the Silesiana cloth factory is slowly falling into oblivion. The silence reigning over the town after the closure of the factory has been the polar opposite of the noise accompanying its functioning – even from a distance, passers-by would hear the roar of the weaving machines working in its heyday, while the colour of the nearby stream changed depending on the currently dyed fabrics.

Magdalena Skowrońska and Joanna Morawiecka have participated in many meetings with the former female workers of the liquidated Silesiana factory. Work at the plant used to dictate the rhythm of life of many women living in the area.

During the meeting, we are going to talk about the idea of an art-animation action that was launched this spring, and which is going to be continued although its effects are already visible. It will also be an opportunity to discuss “herstory” – a local identity and ethos of work, which is slowly being forgotten.

Initiator of the action: Magdalena Skowrońska

Co-financed by the Polish Ministry of Culture and National Heritage

Bartek Lis in conversation with Magdalena Skowrońska and Joanna Morawiecka

The action is part of the project "Reading the City", which is conducted withing the Lower Silesia 2016 platform – European Capital of Culture Wrocław 2016 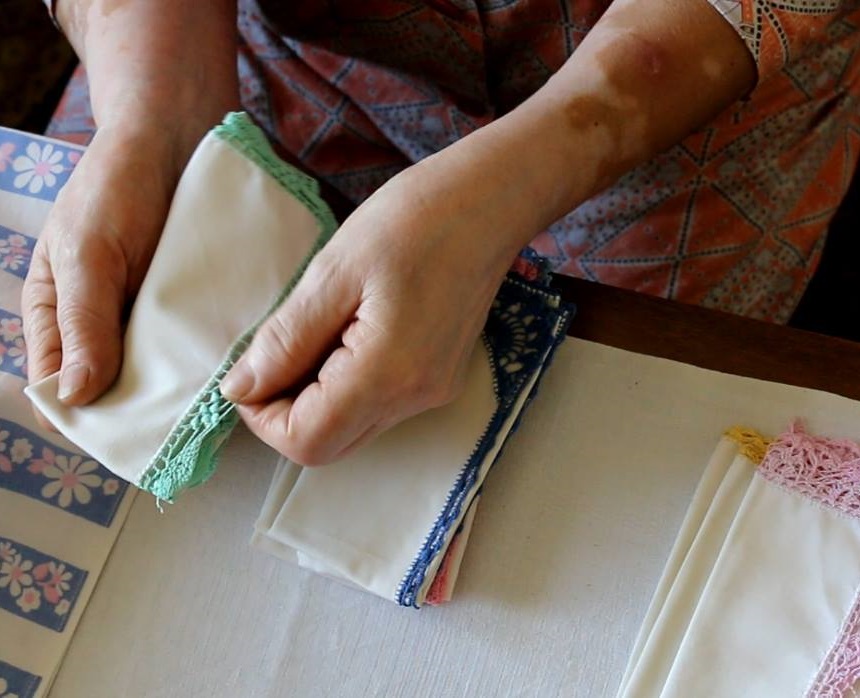