Viktor Shono wanted to write books, he asked the spirits to break the spell; a black shaman. Masha Plastinina considers herself a full-blooded atheist, she says that barely a few per cent of shamans manage to enter a full trance; a prison psychologist. Sasha Paheyev used to extort protection money for the mafia, he was the first one to mention three western witches that loom over the city, president of a construction company; an unorganised shaman.

Sometimes a man ventures into the steppe in search of the masters because he deeply wants to become a shaman, but he will never be one. At other times, the gift is bestowed upon an inhabitant of the block of flats in Ulan-Ude, a clerk in a suit, a vet – although they do not want it at all. You cannot guess what the spirits expect you to do.

Shamans – would-be, white, and black – were interviewed by Bartosz Jastrzębski and Jędrzej Morawiecki. They summarised their meetings in the book “Cztery zachodnie staruchy. Reportaż o duchach i szamanach”. It is possible that they interviewed the spirits as well…

Bartosz Jastrzębski and Jędrzej Morawiecki together write non-fiction books and they are lecturers at the Department of Journalism and Social Communication of Wrocław University. In 2014, they published the book “Innego piekła nie ma. Rozmowy o religii”. In 2012, for their book “Krasnojarsk zero” they received the Beata Pawlak Award, which is given to authors of books about other religions, cultures and civilizations. The book was also shortlisted for the New Europe Ambassador prize.

Joanna Morawiecka is a film theoretician, ethnologist, PhD student and radio reporter. She is Jędrzej’s wife and Bartek’s friend.

Discussion about the newest book by Jastrzębski-Morawiecki duo 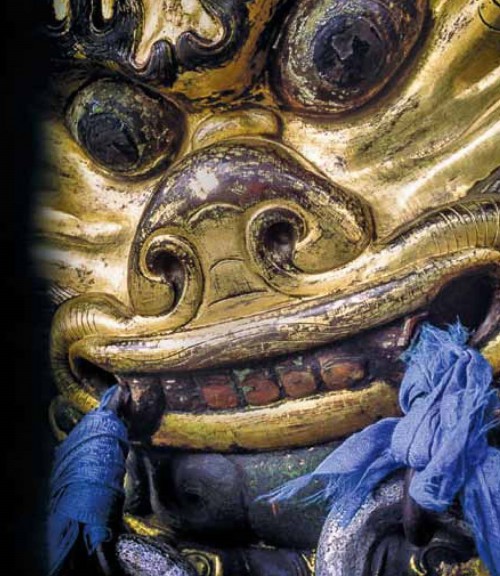