(Thursday), 8–9 PM, Beautiful Tube, limited number of places (50), tickets can be purchased on the day of the concert from 5 PM at MWW ticket office, price: PLN 20

On 8 February we inaugurate a new series of musical events at Wrocław Contemporary Museum.

The programme of the series will focus on experimental sonic practices, aimed at a multifaceted perception of space. The starting point for the entire project is the untypical architecture of the air-raid shelter housing MWW.

The first performer will be Eric Wong, who will play a solo piece for the guitar and simple sounds, and then perform in a duet with Hubert Kostkiewicz.

Eric Wong: A guitarist functioning in the sphere of improvised and experimental music. He concentrates on the texture of sound and the various way of perceiving it by using different techniques of digital sound processing and conceptual procedures. Wong comes from Minneapolis, although he grew up in Hong Kong. He currently lives in Berlin. He regularly cooperates with artists such as Nicolas Wiese, Johnny Chang, Mathias Müller, Ernesto Rodrigues, Guilherme Rodrigues and Nuno Torres. In 2016 he co-curated a project titled UnStumm – an improvised spectacle whose participants were musicians and visual artists from Germany and Hong Kong.
soundcloud.com/ericszehonwong
ericszehonwong.tumblr.com

Hubert Kostkiewicz: guitarist of the band The Kurws, with whom he gave several hundred concerts and recorded three albums; he has also been involved in a number of other artistic projects (such as Pustostany or Polaroid Android). He has gradually been abandoning the punk-related style in favour of abstract electroacoustic and improvised music. He has performed with Łukasz Rychlicki, Piotr Zabrodzki, Macio Moretti and Piotr Łyszkiewicz. He is also an activist and culture animator, one of the most experienced organiser of concerts in Wrocław who for many years cooperated with Centrum Reanimacji Kultury.
www.kurws.com
www.facebook.com/DISCOMFORT 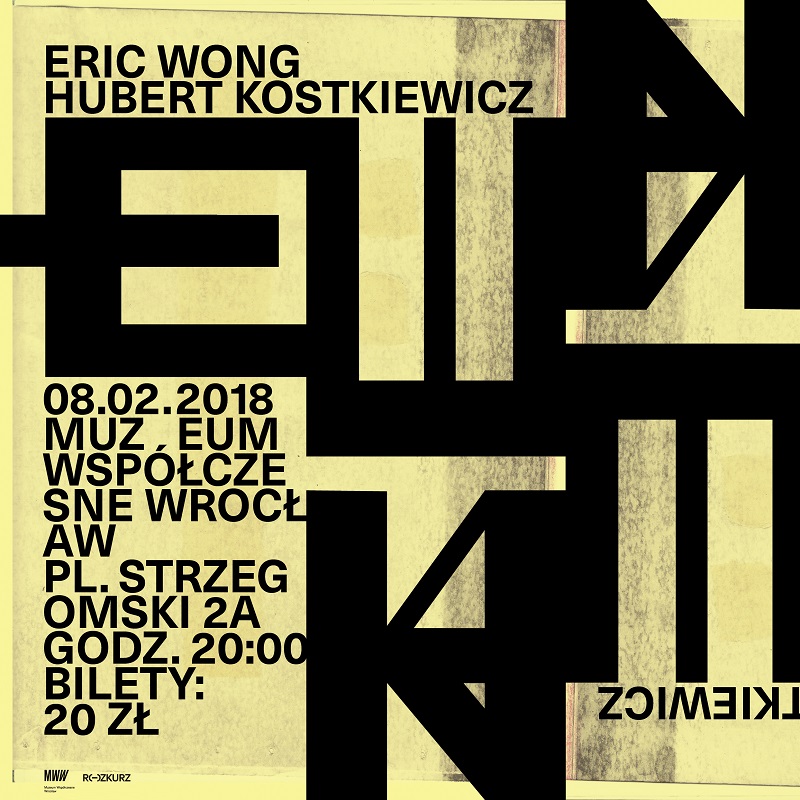