Despite indisputable changes, the logocentric culture of the West is still resisting the regularly published studies heralding “the triumph of the visual culture” and “the demise of the word” (cf. The Rise of the Image, the Fall of the Word by Mitchell Stephens). Language remains the basic form of describing reality, serves communicative purposes and facilitates understanding. Increasingly often, however, it becomes the carrier of aggression and a form of violence, as observed in the media, but also experienced by all of us on a daily basis.

The Workshop (originally – L’Atelier), directed by Laurent Cantet, winner of the Palm d’Or at Cannes for his film The Class, shows how little is needed to release uncontrollable emotions in a seemingly neutral discussion. Several young inhabitants of La Ciotat, a port town in southern France whose main landmark is a dockyard on the brink of bankruptcy (and which is known in cinematography as the setting for one of the first films by the Lumière brothers, The Arrival of a Train at La Ciotat) meet at a summer writing workshop run by Olivia, a well-known writer from Paris. They come from many cultures and have different experiences – it seems that the only thing they have in common is the apathetic town of La Ciotat. At one point, Antoine, one of the participants who is fascinated with far-right ideology, begins to disrespect Olivia’s rules, confronts his peers and openly challenges the teacher’s authority. The relationship between the two protagonists resembles a game in which fear is mixed up with curiosity while anxiety gives way to a desire to learn about the unknown.

During the meeting, together with Dr. Katarzyna Serafińska of the Institute of Psychology of the University of Wrocław, we will think about the extent to which the language of violence affects the level of public debate, but also our everyday life. To what extent do we participate in this process, and how much responsibility can be laid on others – them? What emotions are hidden in words? How does the setting of a conversation influence its result? Finally, how can we react when language no longer facilitates understanding?

The “gentle seismograph” is the motto of an irregular cycle centred around the problems of modern times. The pretext for each meeting is an attempt to understand the social, political and economic reality that is changing in front of our eyes every day.

Limited number of places.
Free tickets can be collected
at the museum ticket office
on the day of the screening from 5 pm 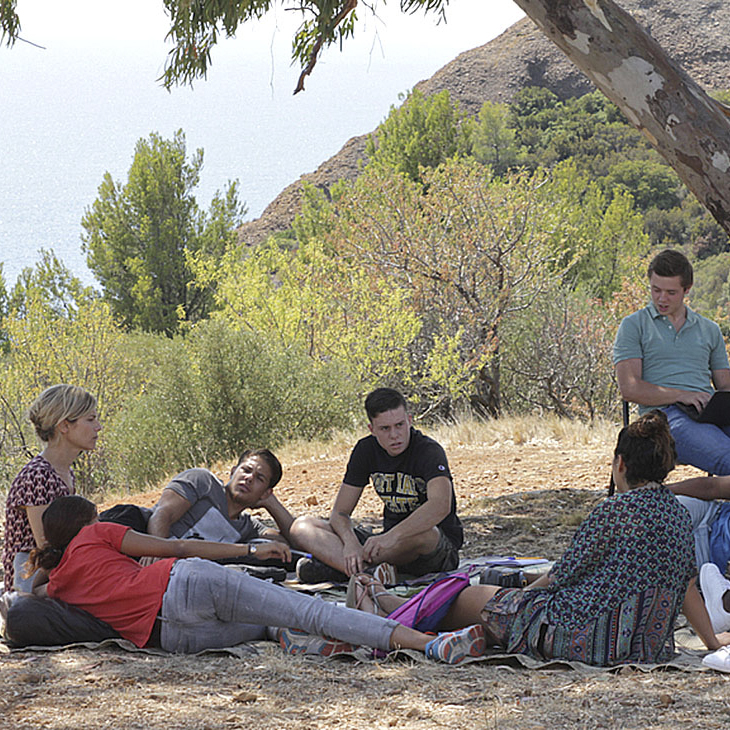