Wrocław Contemporary Museum invites you to a film screening accompanying Elli Litwitz’s exhibition And Waters Became Wormwood. Eldorado, one of the most important films of the last edition of Millennium Docs Against Gravity, is an intimate tale about refugees arriving in contemporary Europe, which is confronted with the biography of the director, who grew up during the second world war. Markus Imhoof carefully looks at his heroes, following their fate from dramatic rescue operations in the Mediterranean to the final moments of bitter confrontation with European reality. Forced deportation, illegal work based on exploitation and the violence of mafia structures – this is what the eponymous Eldorado looks like.

“Two years after Gianfranco Rosi’s Fire at Sea won the Golden Bear at Berlin, the European migrant crisis remains the most prominent topic in the continent’s non-fiction cinema, yielding some essential films and other sketchier, more opportunistic ones. In the sincerely felt Eldorado, veteran Swiss filmmaker Markus Imhoof easily staves off ‘just another refugee doc’ shrugs with the unusual personal scope of his study, as he draws a parallel between the current crisis and his own first-hand recollection of human displacement across unwelcoming European borders in World War II”.
Guy Lodge, Variety.com 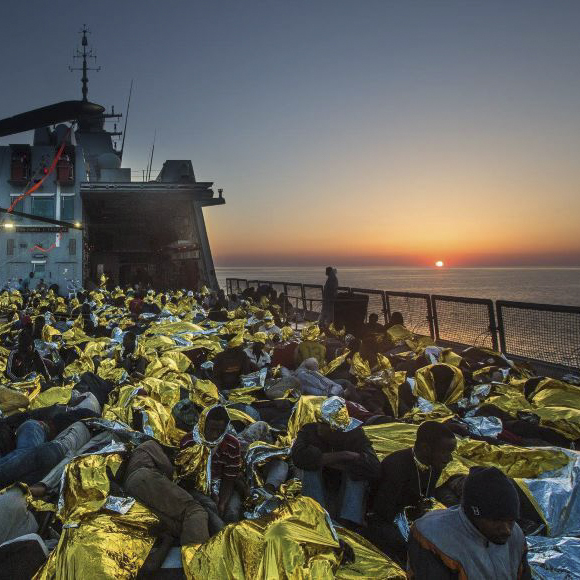