During the event we will present Karolina Breguła’s film Fire-Followers, and after the screening Agata Ciastoń, the curator of the exhibition, will interview the director.

On 21 May from 4 to 6 PM you will have the last chance to see for free Amir Yatziv and Guy Slabbinck’s exhibition Standby Painter.


Fire-Followers is a paradocumentary about a town that for centuries was ravaged by fires. Although the modern solutions have averted further disasters, the inhabitants are still haunted by fear. When interviewed on TV, a well-known art historian concludes that the regular fires that devoured the contents of museum warehouses have become fixed in the local artistic practice and determine its natural development – progress without fire is impossible, so in order for young artists to create, it is necessary to get rid of the burden of the past. It seems that the entire town is waiting for the burning of art. Museums, art galleries and private collectors consider themselves to pose a threat. The inhabitants are selling their sculptures and paintings, abandoning in large numbers the districts where museums are located, and demanding the closure of public institutions that collect art. Although there is no evidence that art increases the likelihood of a fire, the absurd fear casts a shadow on the everyday life of the local community.

Fire-Followers invites the viewer to reflect not only on the situation of widespread public fear, but also on the influence of art on society, its role and the burden of its history, as well as on the fear of an art that inspires change and provokes difficult questions.


Karolina Breguła (b. 1979) is a multimedia artist who uses installation, happening, video and photography. She has graduated from the Polish National Film, Television and Theatre School in Łódź, where she is now working on her PhD thesis. She has performed and exhibited in venues such as the Venice Art Biennale (Italy), the Jewish Museum in New York (USA), the National Museum in Warsaw (Poland) and the Zachęta National Gallery of Art in Warsaw (Poland). She was awarded the 2nd Prize at the competition Views 2013 and the 3rd Prize at Samsung Art Master 2007. She also received the Polish Ministry of Culture Scholarship, and the Młoda Polska and Visegrad scholarships. Her oeuvre includes works such as Fire-Followers (2013), Art Translating Agency (2010) and Let Them See Us (2003). She lives and works in Warsaw.

limited number of seats, free tickets to be collected at MWW ticket office on the day of the screening after 5 PM 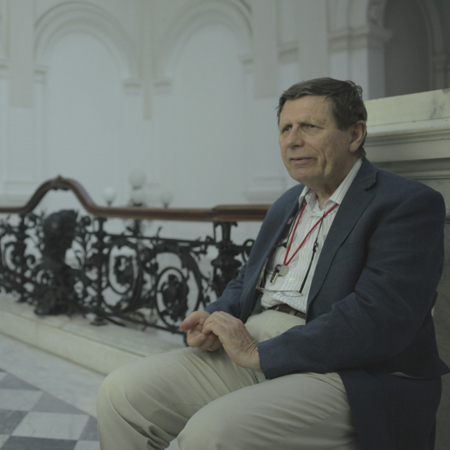