In brief, “How to Survive a Plague” tells a story of resistance of a certain community against the institution of authority which cuts itself off from its citizens and condemns them to death. The AIDS epidemic at the turn of 1980s and 1990s claimed millions of victims. Two organisations, ACT UP and TAG tried on their own to activate homosexual circles and consequently the entire society in their struggle for care for the sick, clinical research on new drugs and suppressing the epidemic. David France’s film is an attempt to visualise the actions of activists of that period based on video footage and interviews with the main personalities of the movement. What matters in “How to Survive a Plague” is primarily the reconstruction of past, capturing one of the most important pages of history of the LGBT and Q movement, as well as remembrance for those who had passed away.
The screening will be followed by a discussion with Marzena Lizurej and Marcin Fiedorowicz. The meeting will be run by Bartek Lis.

Special thanks to ro*co films educational for making the film available for us and to New Horizons Association (delivering the dialogue list). 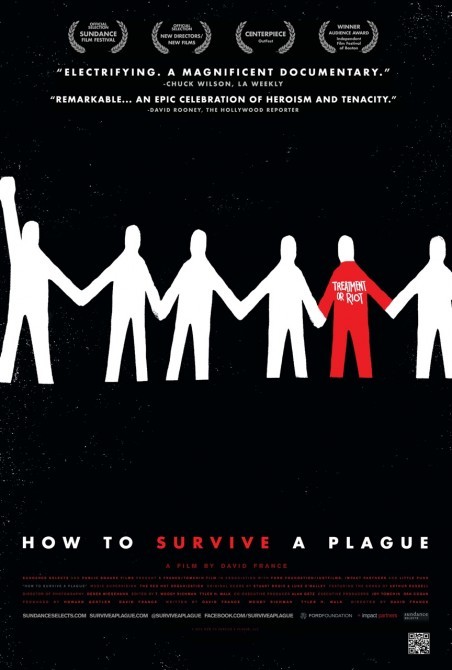