In the capital of Lower Silesia, a museum functions inside a former air-raid shelter. By organising a cycle of film screenings in this exceptional space, we would like to pose several questions. Firstly, about the function of the venue and what determines it.

Secondly, about the perfect conditions for watching films today – at the cinema? At home? Or perhaps in alternative screening venues? Thirdly: in a city where two art house multiplexes function, are people still dreaming of an old small cinema, just like the one they used to visit in the past? We will think about the answers in the first half of 2015 while watching cinematographic works referring to the complicated history of the air-raid shelter in Plac Strzegomski.

The current (temporary) seat of Wrocław Contemporary Museum was constructed in 1942 as an air-raid shelter. However, the building almost immediately began to perform other functions. In 1945, toward the end of the Second World War, it turned into a fortified hospital and a resistance pocket. In the first years of the People’s Republic of Poland, a train of Gypsy wagons used to stop next to it. After the political changes in the early 1990s, what is now MWW’s offices served as a cigarette warehouse, a sex shop or the “Bunker” pub. On 2 September 2011, Wrocław Contemporary Museum opened in the adapted interiors of the former air-raid shelter.

We will begin the film cycle from the wartimes, at the same time asking about the impact of the venue, both on film characters inaugurating the series of meetings at MWW and the audience gathered in the screening room. The inspiration for reflections will be provided by Samuel Maoz’s “Lebanon”. Using his own experience as material, the director showed the life of young Israeli conscripts during the 1982 Lebanon war. This anti-war treatise is set exclusively inside a tank, and thus conveys not only war drama but also the claustrophobic atmosphere resulting from being in such a small space all the time. The film is sometimes compared to Ari Folman’s “Waltz with Bashir”, but it also received acclaim by winning the Leone d’Oro at the 66th Venice International Film Festival and the Golden Frog award at the 17th Plus Camerimage Festival. 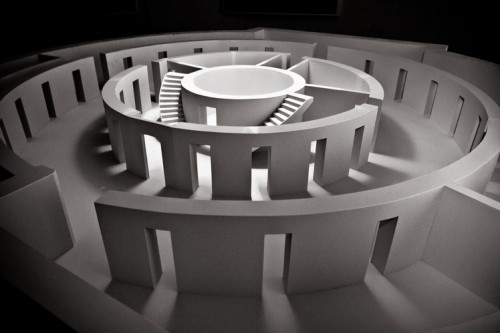