The film that will be screened during the meeting is the second version of the first one, which has never been finished. It is also an alternative depiction of a story that has been shown in another film. The production took two years of one anthropologist’s independent work. It crowned several years of field research on the subject of socially-engaged film at a Wrocław homeless shelter for men, focusing on the members of Cinema Albert Production, an amateur group of filmmakers.

The film tells the story of three homeless men, Waluś, Leszek and Darek, and the director of the shelter, who were courageous enough to use filmmaking to try and change the stereotypical thinking about homelessness. It is an attempt to depict this change, but it also shows the process of meeting and building relations among them as well as between the anthropologist and the research subjects. Last but not least, it is an expression of a desire to overcome the “clinical outlook” on the social reality, which is so typical for traditional science. This is an experiment in looking for an alternative voice in anthropology.

The screening will be preceded by the director’s short introduction. A discussion will be held after the film.

Curator of the debates Bartek Lis 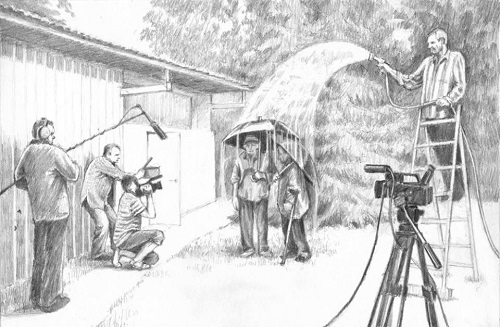