Studio screening of Łukasz Śródka’s film “In Absolute Silence” and a meeting with the artist and director in the Trips of a Galaxy of Contemporary Artists series.

Schedule:
• greeting by the Director of the Museum and presentation of works – Joanna Kwaśna (level I), 5.45 PM
• screening of Łukasz Śródka’s documentary “In Absolute Silence” (level I)
• conversation with art enthusiasts, attended by the artist and director

He was born on 31 December, 1927, in Zaklików. He graduated in Architecture from Wrocław Polytechnic and in Painting from the State Higher School of Fine Arts (today: Academy of Fine Arts and Design) in Wrocław under the supervision of Eugeniusz Geppert. Member of the Wrocław Group.
In the years 1993–1999 he was the rector of the Wrocław Academy.
He supervised the education of many students, who have become recognised artists with various personalities. He attracted all the “rebellious types” because of the freedom they were given. As he said, “I was particular not about the technique or workmanship, but about the consistency of work, arousing an awareness of choice.”
He also designed some of the housing estates in Wrocław, including the point-access blocks in Piłsudskiego St and Sudecka St, resembling Le Corbusier’s elegant and comfortable designs, which received the prize Mister Wrocław.

Professor Jarodzki, an artist who made successful attempts at capturing space on canvas: “Space is the subject of my painting. By creating a maximally evocative illusion, I want to express this non-truth of turning the wall of a painting into an open window of a painting. The disappearance of a painting as an object and endowing it with the status of a stimulator of experiences, letting the viewer forget about the real situation, i.e. viewer – space – painting and believe in a new one: viewer – space – space.”
(Konrad Jarodzki, “The artist’s remarks about his own practice” in Konrad Jarodzki: “It’s Coming” [exh. cat.], Wrocław, 2008, p. 3.)

“This painting is the mastery of the brush, in the best, traditional understanding of the term. Each of the works constituting the cycles is kept in monochromatic hues: blue, white-and-grey, pink or ochre, and the scale of each of these hues is exhausted in the entirety and subtlety of its nuances, darkenings and gleamings, intensifications and whitenings. The glaze used to accentuate the light, cosmic spaces and the protuberant, three-dimensional forms in the foreground manifests the homogeneity of its essence. This homogeneity is further emphasised by the oft-repeated snake-like motifs in the background and their levitation in ether, as well as the ascending, horizon-less spaces.”
(Bożena Kowalska, quotation after Konrad Jarodzki: “It’s Coming” [exh. cat.], Wrocław, 2008, pp. 54-55.)

Łukasz Śródka produced a feature documentary about Professor Konrad Jarodzki, a well-known painter from Wrocław and the doyen of three generations of Wrocław artists.
The film is an attempt to represent the artistic vision of the artist and a tale of his life.
“This is a poetic vision of the painter’s artistic path, intertwined with commentary by Wrocław-based artists, including those who passed through his studio, as well as art critics. The director also observes the protagonist during the opening of his exhibition Distorted Clarity in Manhattan. In Jarodzki’s works, abstraction is mixed with expressiveness, while in Śródka’s film, melancholy is mixed with respect for the artist’s achievements.” (after: Marcin Radomski, 17th T-Mobile New Horizons International Film Festival) 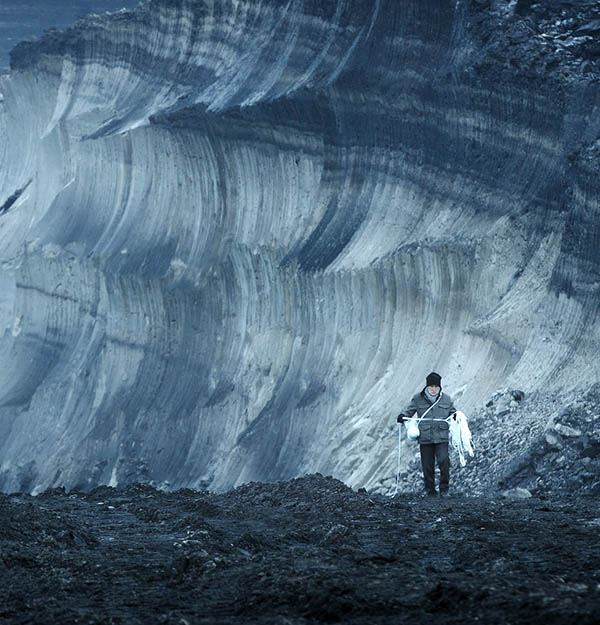