Films:
• Krzysztof Wałaszek – Hollywood, from the series Draw Me a Lamb, director and screenwriter: Agnieszka Mazanek, Krzysztof Landsberg, camera: Piotr Sędzikowski, production: TVP Wrocław, 1996 (duration: 22’).
The artist begins by concluding that he is a “trained professional” and goes on to describe the idea behind individual works in a characteristically perverse way. He assumes the role of a host showing the visitors around his backyard and presents a number of his works “from the second half of the 20th century.” He also presents a collection of domestic appliances – “miracles of technology” at one time, and today needed by nobody except him – and emphasises their multifunctionality combined with the idea of DIY.

• Krzysztof Wałaszek, director and screenwriter: Michał Stenzel, production: European Capital of Wrocław 2016 (duration: 5’).
A fragment of a series of interviews with artists who participated in the exhibition Art Searches for IQ. Artists from Wrocław, which was held under the Visual Arts Programme of European Capital of Wrocław 2016. In the presented fragment, Krzysztof Wałaszek reveals the sources of his inspiration and specifies the tasks his art is supposed to fulfil.

Krzysztof Wałaszek (b. 1960) is an artist from Wrocław associated with critical art, who was once considered a controversial or even blasphemous artist.

He studied at the Academy of Fine Arts in Wrocław (1984–1989) at Stanisław Kortyka’s studio. He works at the Faculty of Painting and Sculpture of his alma mater. Alongside the traditional media, such as painting, ceramics, graphic arts or collage, he uses various objects that he turns into carriers of critical meaning. By using distinctive sings and vivid colours he mocks the absurdities of everyday life and protests against the commercialisation and institutionalisation of public life. He likes to experiment, for example by pasting short verbal messages onto the canvas, which become the central element of the work.

He was most active in the late 1980s and early 1990s. At that time he came up with a characteristic style of expressing his views – simple and blunt, drawing from the “treasury of folklore” as well as the then language of politics and mass media. The irreverent and ironic character of this practice is still topical and easily understandable because of it is rooted in our superstitions, fears and long-held values. The artist navigates his way across the field of art in a distanced and sarcastic way, appropriating clichéd slogans and using persuasive propaganda tricks in order to subvert their meaning. He forces the viewer to think by presenting an unambiguous message, asking questions or posing doubts.

the event accompanies the exhibition "Concrete Wrocław. Works from the Zachęta Lower Silesian Society for the Encouragement of Fine Arts" 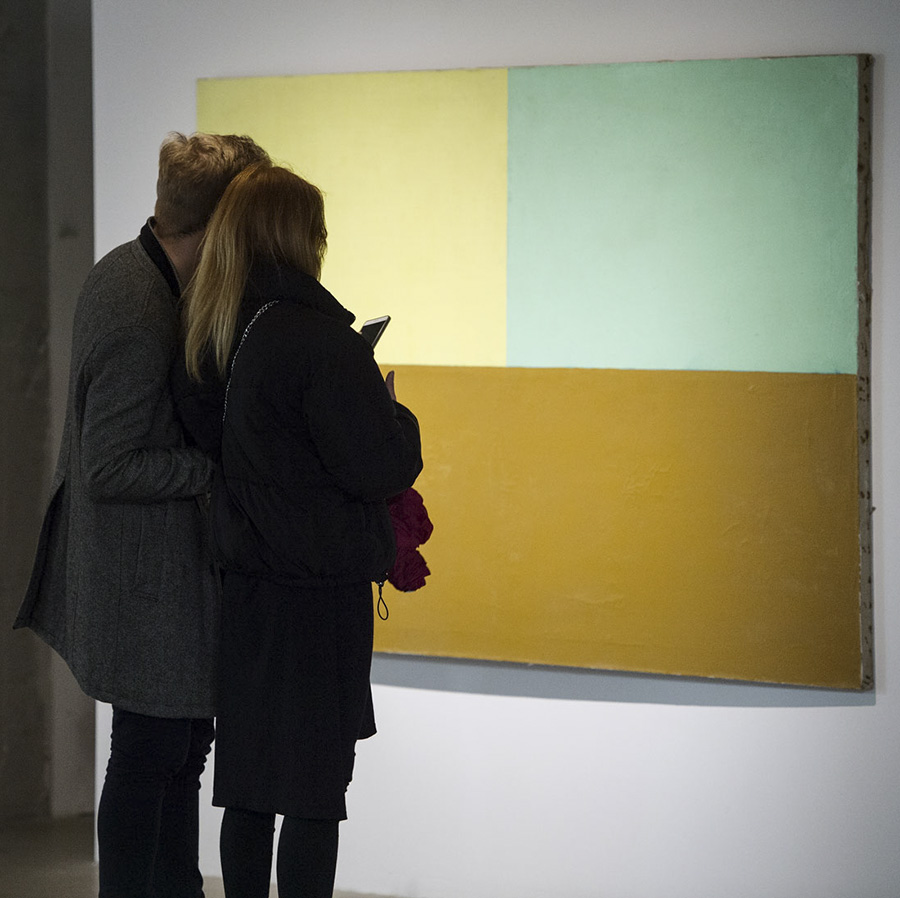 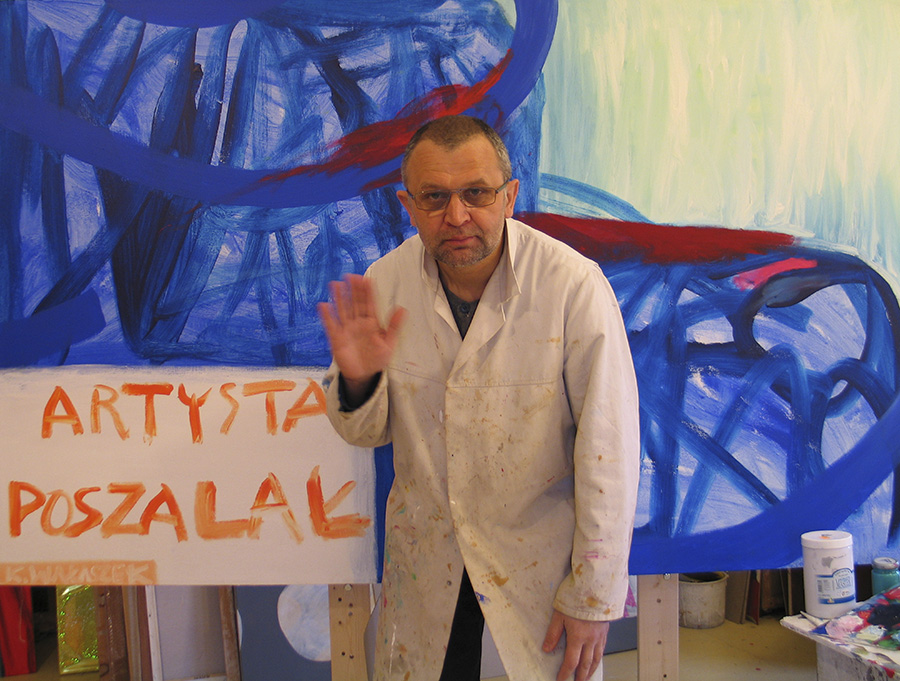