Screening of films and meeting in the cycle A journey of a galaxy of contemporary artists.

Films:
• Quixote, director: Jagoda Szelc, producer: Marcin Malatyński, production: Polish Film School in Łódź, 2011 (duration: 15’). A documentary film focusing on the freedom of artistic expression. It portrays a non-conformist artist who lives with his family in a flat cluttered with artistic stimuli, which he uses like Don Quixote in his everyday struggle with the world.
• Marcin Harlender, director and screenwriter: Michał Stenzel, production: European Capital of Wrocław 2016 (duration: 5’). A fragment of a series of interviews with artists who participated in the exhibition Art Searches for IQ. Artists from Wrocław, which was held under the Visual Arts Programme of European Capital of Wrocław 2016. The featured artist outlines his creative attitude.
• Film Documentation, Mariusz Jodko (duration: 20’). The film records Marcin Harlender’s actions and exhibitions at the Entropia Gallery over the course of several decades.

Marcin Harlender (b. 1959) often says that art is not for decoration…

A painter, performer, installation and happening artist, art theorist. He studied at the Academy of Fine Arts in Cracow and Wrocław (1980–1991), in 1996 he was awarded a diploma in Prof. Konrad Jarodzki’s studio. At the turn of the 1980s and 1990s he was an active participant in artistic actions in the urban space of Wrocław. He has organised several dozen exhibitions and given numerous theoretical talks. His works can be found in many private and public collections, including in Alice Springs (Australia), Lhasa (Tibet), the National Museum in Wrocław, the Zachęta Lower Silesian Society for the Encouragement of Fine Arts. For 30 years he has cooperated with the Entropia Gallery in Wrocław.

“His artistic activity resembles more the way painters from the Parisian Bohemia worked rather than the practice of polite artists from the second decade of the 21st century.”
[quotation after >>>]

He creates maximally simplified, economical and yet carefully thought-over works. His material of choice is often broken and abandoned objects that he comes across by chance. A characteristic sign of the artist is a white line, which has emerged in the wake of years-long, consistent analytical work intended to find a maximally simple and universal symbol. In his practice Harlender stresses the creative role of the cognitive process.

the event accompanies the exhibition "Concrete Wrocław. Works from the Zachęta Lower Silesian Society for the Encouragement of Fine Arts" 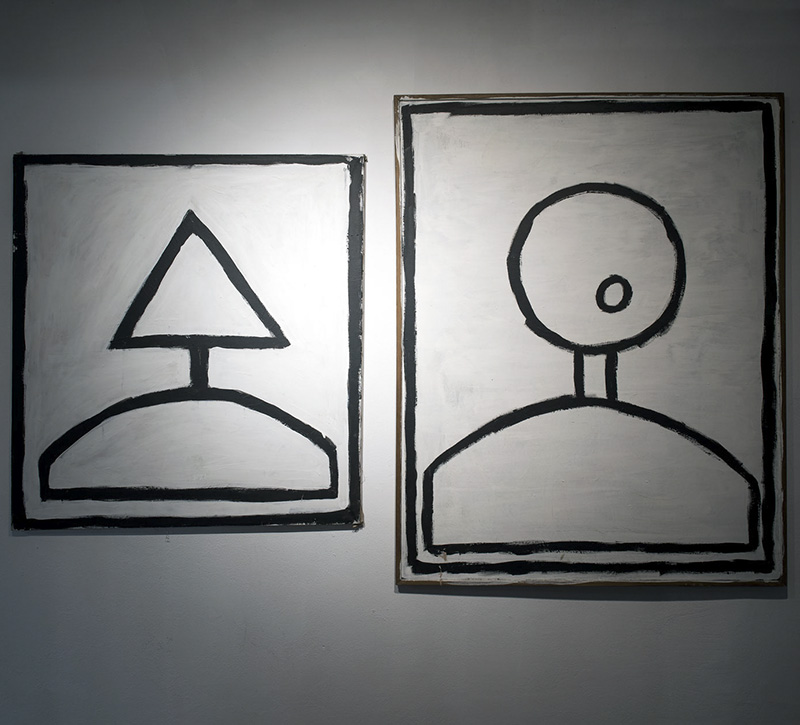