The common perception of Jewish music as a ceremonial music connected with religious rituals and observances is historically justifiable. Its lay form, klezmer, emerged in the culture of the Ashkenazi Jews in Eastern Europe as late as the 18th century. It went on to spread to the West, assuming numerous local variations, until finally in the 20th century in the USA it merged with another minority music – jazz. In this way, the most recognizable Jewish music genre was created, which is still hugely popular on music stages all over the world. However, reducing Jewish music to lay klezmer music or the Khazars’ religious songs would be too much of an oversimplification.

When addressing the subject of contemporary identities, irrespective of whether we mean music or the musician, there is no escape from the experiences resulting from the recent past. The 20th century undermined our trust in master narratives and universal systems, to quote Lyotard; globalisation and technological progress have led various cultures to come in touch and permeate each other. The tragedy of the Shoah and the threat of humanity’s self-destruction created a need for redefining the traditional notions that refer to identity. Art, and consequently music, has been no exception here.
Who is a contemporary Jew? What is Jewish music? Can it exist without tradition? Can it exist without Jews? How does it situate itself with respect to the present day? What are its inspirations?

The Music Scene accompanying the Vot Ken You Mach exhibition features but a tiny selection of the richness of Jewish music in a non-orthodox way, which, let us hope, will make it possible to answer the questions above, or perhaps provide inspiration to pose new ones? 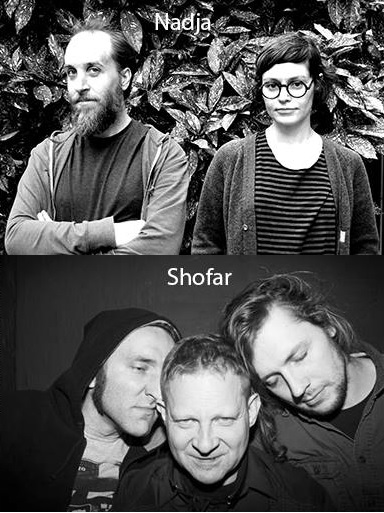