We would like to invite you to the final concert accompanying the “Vot Ken You Mach?” exhibition, which is on show at Wrocław Contemporary Museum until 31 August.

On 27 August at 8.30 PM, the Pole band will play on the roof of MWW. Admission to the concert is free of charge, and it is not necessary to collect tickets in advance.

The Pole trio was set up in Warsaw in 2012 by drummer Janek Młynarski, bassist Piotr Zabrodzki and clarinet player Michał Górczyński.
The group is particular about improvised music, interaction and attempting to freeze the moment as in a photograph.
The trio derives their inspiration from Polish folk music, klezmer music, afrobeat as well as contemporary avant-garde electronics, minimalism and records released by the Chicago based label Planet Mu. The band’s music is an attempt to strike a balance between these seemingly distant worlds. 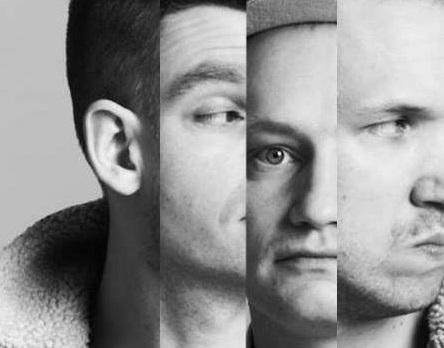