The New Horizons International Film Festival is a celebration of cinematography that each year attracts thousands of film buffs to Wrocław. For many years, they have been warmly welcomed at Wrocław Contemporary Museum too.

This time we invite the participants in the 18th edition of the festival to two special tours (curator-led and film-focused) of the currently showing exhibition The Ratcatcher.

What is more, from 26 July to 5 August holders of a festival pass or ticket to any screening shown during the festival can visit all the temporary and permanent exhibitions for a special price of PLN 5.

FREE TOURS
OF THE RATCATCHER EXHIBITION:

Please note:
The tours are open to everybody,
including those not participating in the NH 18 IFF.

Inspired by A. Czarnecki’s 1986 documentary, the exhibition offers a multidimensional analysis of the changing role and position of an individual in the face of social, political and civilizational transformations.

During the tour we will focus on one aspect of the presentation which examines artistic actions (by Douglas Gordon, Gustav Metzger, Andrzej Wróblewski, Angelika Markul, Liliana Lewicka and others) that critically observe and comment on reality.

These actions are sometimes based on very radical means of expression, while at other times they subtly affect the viewer’s sensitivity and imagination or become an intellectual game drawing on irony and detachment. Irrespective of the employed means, each work results from the seductive need to change the extant state of affairs.

The starting point for The Ratcatcher exhibition and the inspiration for its title is a short 1986 documentary directed by A. Czarnecki. Focusing on the techniques used by a rat extermination expert, the story provides a pretext for a parabolic narrative oscillating between reality and fantasia, but at the same time it opens up a sequence of cinematographic tropes that we will follow during the tour.

Story, soundtrack, hero, narrative – these terms used in the description of the exhibition direct the visitor’s attention towards cinematography. However, the multiplication of references to film is more than a game with the viewer. It fits in with the story about how the contemporary socio-political reality was shaped by the media – including cinema – in the 20th century.

During the tour we will think about what Andrzej Wróblewski’s painting has in common with Béla Tarr’s films, how Andrzej Żmijewski’s approach to film differs from the perspectives of Gianfranco Rosi, Markus Imhoof or Guido Hendrix, or which “C class” films inspired Łukasz Dziedzic while composing the official soundtrack for The Ratcatcher. 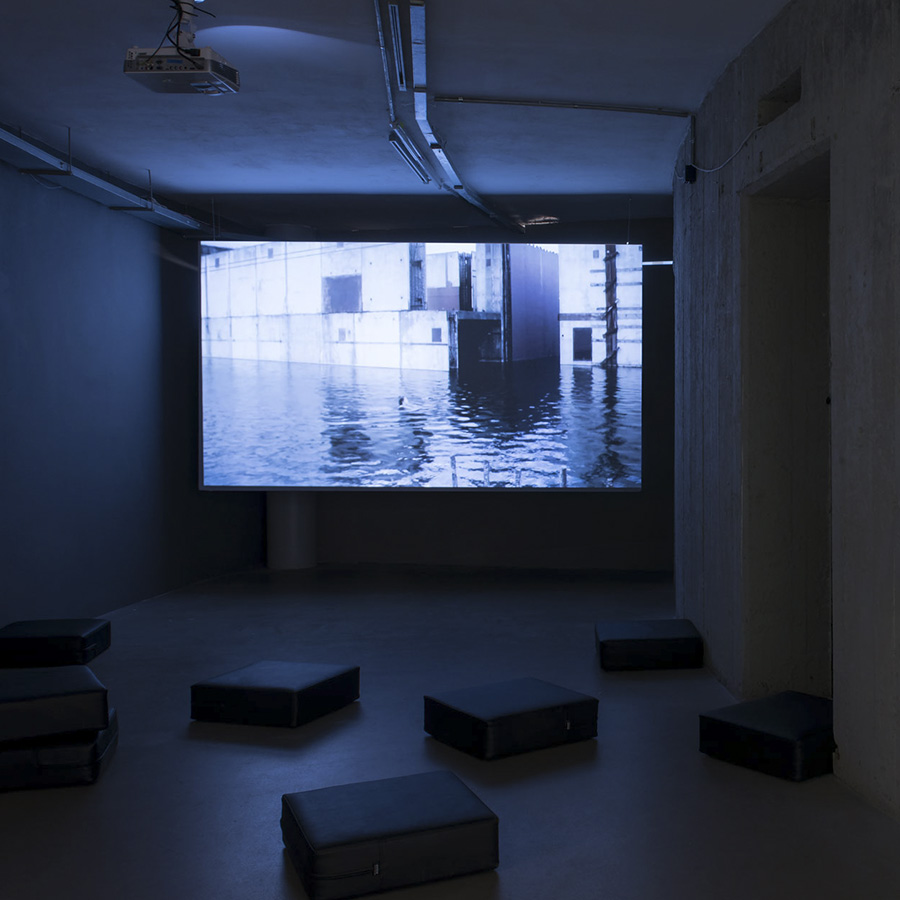