Zuza Golińska’s “Red Giant” is a project that deals with the spectre of the climate catastrophe. The artist’s creative practice is based on the strategy of using waste materials from production plants, whose future is uncertain. The totemic forms of Golińska’s steel objects trigger associations with pagan solar deities, resembling those that might have been venerated by tribes before the Neolithic revolution, which accelerated the development of human civilisation. Were it not for solar energy, neither this revolution nor any life on Earth would be possible. With the dawn of the Neolithic, agriculture and animal husbandry began, and consequently – production and consumption. The Latin word ‘consumere’ means to destroy, rob, conquer. Having lived through the heyday of capitalism, the current overproduction and the compulsion to purchase refer us to the original meaning of the word.

We invite you to listen to a story in which Joanna Kobyłt, the curator of the exhibition, will talk about the looming climate catastrophe while introducing us to the details of the project, how Zuza Golińska works and how the idea for the visual identification of the exhibition emerged. 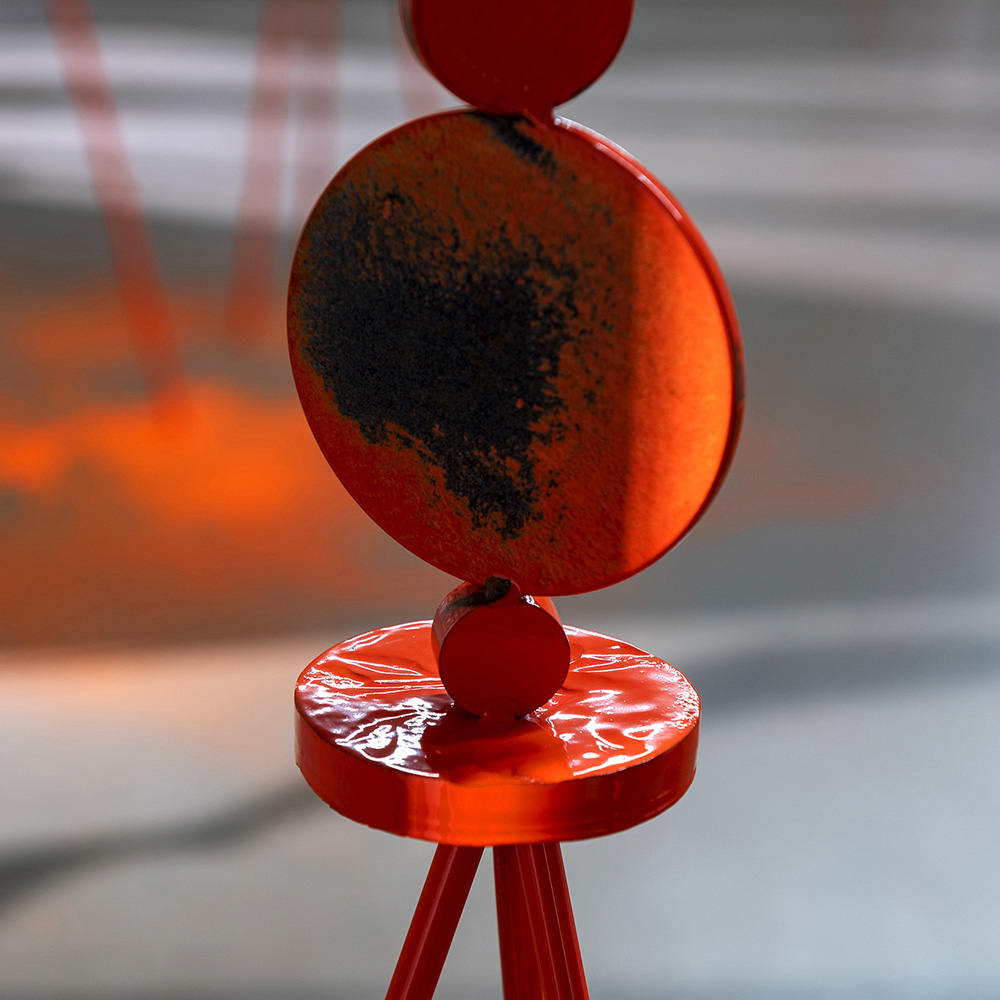