On Sunday, 25 February, at 3 PM, Agata Ciastoń will lead a tour of Amir Yatziv and Guy Slabbinck’s exhibition Standby Painter on the ground floor of the air-raid shelter in Plac Strzegomski 2a.

The title Standby Painter denotes a person who paints the setting of a film and is on standby during the filming in order to make corrections or add certain elements. This job metaphorically refers to the subject of the exhibition that emerged as a result of convergence of film and painting and focuses on the subject of reinterpreting artworks, supplementing them with subsequent semantic layers and constantly “repainting” them by means of overlapping contents.


The film, directed by Amir Yatziv and Guy Slabbinck, constitutes an integral part of the exhibition. The story dates back to September 2000 and it is told by the thief himself. It is the only interview he has so far given; one could spot his very emotional attitude to the “Beach in Pourville” the painting by Claude Monet stolen from National Museum in Poznań.

The film has been produced with the help of people and institutions from Belgium, Israel and Poland. The film will be finished this year and will be shown in numerous festivals all over the world.

The curator-led tour will begin with the screening of excerpts of the film “Standby Painter”.


More information about the exhibition >>>

The tour is free of charge – join us! 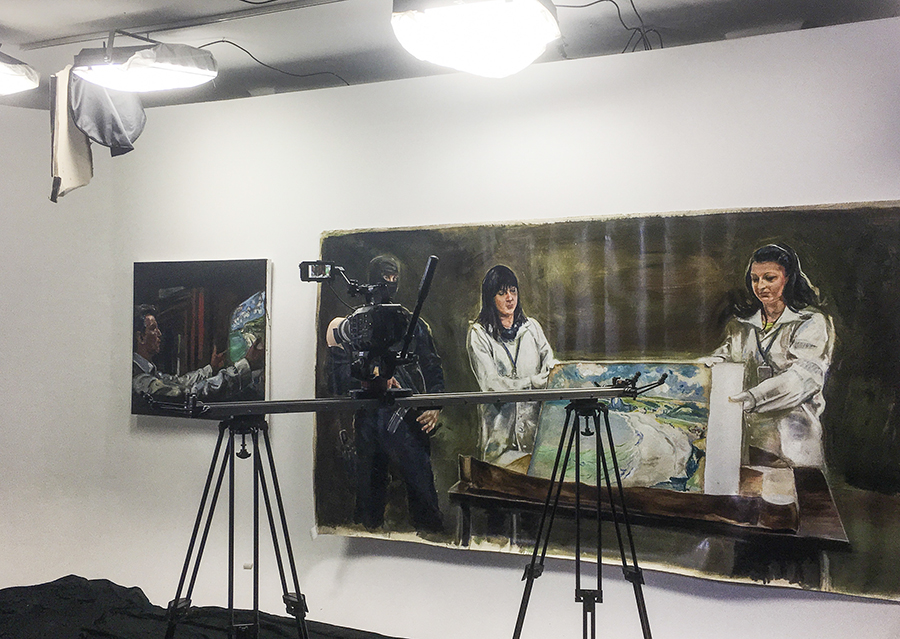