On Saturday, 26 September, at 3 PM, a meeting with the curators and artists participating in the exhibition “New Art for the New Society” will be held on levels 3 and 4 of the air-raid shelter in Plac Strzegomski 2a. The meeting will be followed by a curator-led tour of the exhibition.

Visitors will have an opportunity to meet Jasna Jakšić and Ivana Kancir, of the Museum of Contemporary Art (MSU) in Zagreb, who curate the “New Art for the New Society” exhibition, and some of the artists whose works are featured: Ivana Franke, Iva Kovač and Davor Sanvicenti. A special guest at the meeting will be Croatian artist Vlado Martek, whose individual exhibition “The Boundaries of Language” will show in MWW from 25 September, level 0.

The “New Art for New Society” exhibition features works by 77 Croatian artists, which were made using different techniques: painting, graphics, objects, installations, photographs, photographic and audiovisual documentation. Prepared in cooperation with Zagreb Museum of Contemporary Art, the exhibition focuses on those trends, movements and artistic phenomena which represent Croatia’s post-war neo-avant-garde in its neo-constructivist line, existing in Zagreb from the 1950s onwards, with its heyday between 1961 and 1973 when international exhibitions of the “Nove tendencije” (“New Tendencies”) movement were put on.

A review of works that are representative of these phenomena will be accompanied by pieces by contemporary artists who either continue this poetics or concentrate on visual experiments (Ivana Franke), computer-generated interactive installations and media art, or broaden the notion of art by using the new technologies and science: David Maljković, Davor Sanvicenti, Martina Mezak, Fokus Grupa (Iva Kovač / Elvis Krstulović).

The meeting and the tour will be translated into Polish. Admission is free of charge – you are most welcome to visit us!

A meeting with the curators - Jasna Jakšić, Ivana Kancir and artists - Ivana Franke, Iva Kovač, Davor Sanvicenti and Vlado Martek
A curator-led tour of the exhibition
26 September (Saturday) at 3 PM
levels 3 and 4 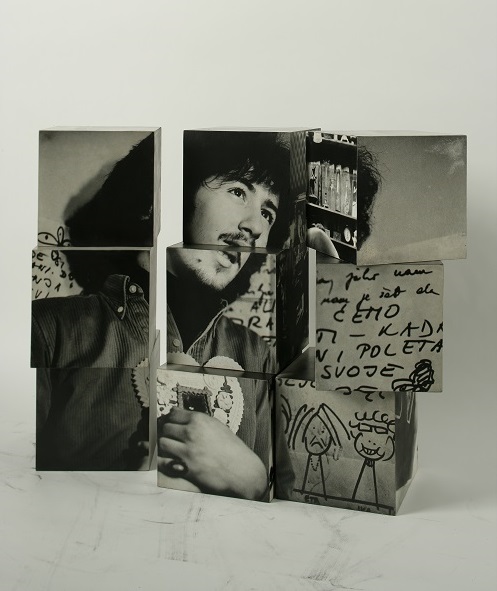