Where did the idea of the ‘Creative Co-op’ come from? It was conceived during the workshops / urban game, carried out within the framework of the international project Future City Jobs, which participants included the Institution of Culture Wrocław 2016 as well as five other European organizations. The first meeting of the mini series ‘HABEAS JOB! HABEAS?’ was devoted to presentation of this uncommon idea in the context of the notion of a cooperative and the development of the creative industry.

The issues we wish to raise this time will concern the practical matters rather than the idea of the co-op itself.

‘Creative co-op’ is to become a workplace for the young and the unemployed, those who possess various manual skills, ‘artistic bent’, self-taught craftsmen, beginner designers and art school graduates seeking for employment. We believe that it may turn out exceptionally fruitful to match them with experienced handicraftsmen and specialists of all sorts possessing skills on the verge of extinction, as well as people dealing with marketing and sales. In short: despite the all-embracing logic of the market we would like to collaborate, cooperate and – last but not least – to derive satisfaction from it!

How do we imagine the space of the co-op (understood as a place for work, education, meetings and perhaps also fun)?

What would we like to offer the future clients (what product, service, etc.)?

What should the cooperation between the members of our micro-enterprise look like?

Where will we receive the initial funding from and what can we contribute to the co-op ourselves?

With whom would we like to collaborate and who would we refuse to join in any action?

We will try to answer these and several other questions during the next meeting within the framework of ‘HABEAS JOB! HABEAS?’ series.

More about the Future City Jobs and the ‘Creative Co-op’ idea: www.facebook.com/FutureCityJobsPL. 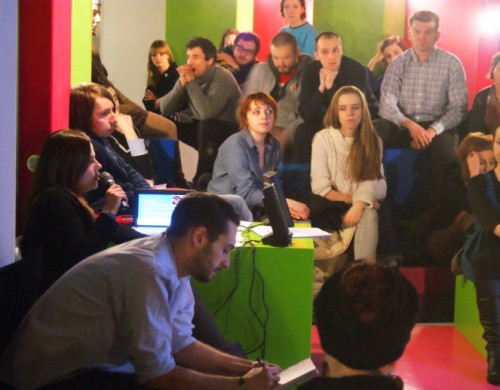