Fifty years ago, the Wrocław ’70 Visual Arts Symposium took place – a meeting of artists, critics and art theorists that became a space for exchanging ideas and forging new trends in Polish art. Half a century later, the Wrocław 70/20 Symposium starts – a grassroots initiative celebrating the anniversary of this extraordinary event. The official opening will be held on 9 May.

Although only few traces of the Wrocław ’70 Visual Arts Symposium can be seen in the streets of Wrocław today – Tadeusz Kantor’s concrete Chair near the Współczesny Theatre, Jerzy Bereś Living Monument. The Arena, with its roots growing upwards, or Barbara Kozłowska’s recently erected monument Loneliness in Popowicki Park – it is an event that is definitely worth remembering. The Wrocław meeting became legendary already in the 1970s, and over the next decades it stirred the imagination and provoked discussions. And that has not changed until today.

A grassroots idea of the Wrocław cultural environment

The idea of a new social initiative sprouted back in 2018 – today, the group has about 70 members involved in organising the Wrocław 70/20 Symposium. This diverse lot consists of curators and critics, artists and educators, academics and animators, activists and culture managers. They represent various forms of activity: they are associated with long-established museums, galleries and cultural institutions, but also with new non-governmental organisations or independent art collectives. Everyone brings to the discussion their own view of the historic meeting; everyone is moved by a different aspect, inspired by a different topic taken up during the Symposium sessions and a different artistic proposal submitted as a result. The working group outlined the three pillars of the programme of celebration: exhibitions, presentations and artistic interventions; research and dissemination of archival materials and documentation of the Wrocław ’70 Symposium; educational initiatives popularising knowledge about the event as well as conceptual and neo-avant-garde trends in Polish art.

Nine streams of light in the sky, or a new opening

Due to the epidemic, the original opening programme of the Wrocław 70/20 Symposium year has been modified. Thus, the new official date of inauguration is 9 May – the anniversary of the first presentation of Henryk Stażewski’s installation Nine Streams of Light in the Sky. That evening, in 1970, a multi-colour light composition could be seen in the sky above Wroclaw. Fifty years later, on 9 May 2020, the official opening of the Wrocław 70/20 Symposium will take place, of course in an online version – via social networking sites and the official website of the project.

The production and intervention committees will talk about the initiative and its programme during a teleconference.

— 5pm Premiere of the This is the Symposium broadcast

The broadcast, prepared by the Wrocław 70/20 Symposium working group, is a podcast based on conversations between the group members, who will discuss the origins and course of the Wrocław ‘70 Symposium; its artistic, political and social context; the projects submitted during the Symposium and biographies of the artists who proposed them; and finally, the legacy of the Symposium and why it remains a living source of inspiration to this day; the discussants will be Iwona Kałuża, Piotr Lisowski and Kuba Żary.

— 6pm Online lecture by Magdalena Ziółkowska: Reviving Something Alive. The Wrocław ’70 Symposium and the Concept of the Museum of Current Art

Dr Magdalena Ziółkowska will look at the origins of the concept of the Museum of Current Art, put forward by Jerzy Ludwiński four years before the Symposium, as well as other ideas for institutions dedicated to the latest artistic phenomena.

It is one of few original recordings documenting the Wrocław ’70 Visual Arts Symposium. The unique photos show both the then urban fabric of the city and images recorded at the opening of the exhibition of submitted projects at the Museum of Architecture. Antoni Dzieduszycki quotes statements made at that time by the invited artists, including Zbigniew Makarewicz, Jerzy Bereś, Andrzej Lachowicz and Oskar Hansen.

The Edithon will consist of collective editing of the Wikipedia entry on the Wrocław ’70 Visual Arts Symposium. The action will be open, but it is necessary to register to participate in it. The participants will also have to take part in the mandatory training on the basics of editing Wikipedia, which will be held on Friday, 8 May.


Join the Opening of the Symposium Wroclaw 70/20 on Facebook >>> 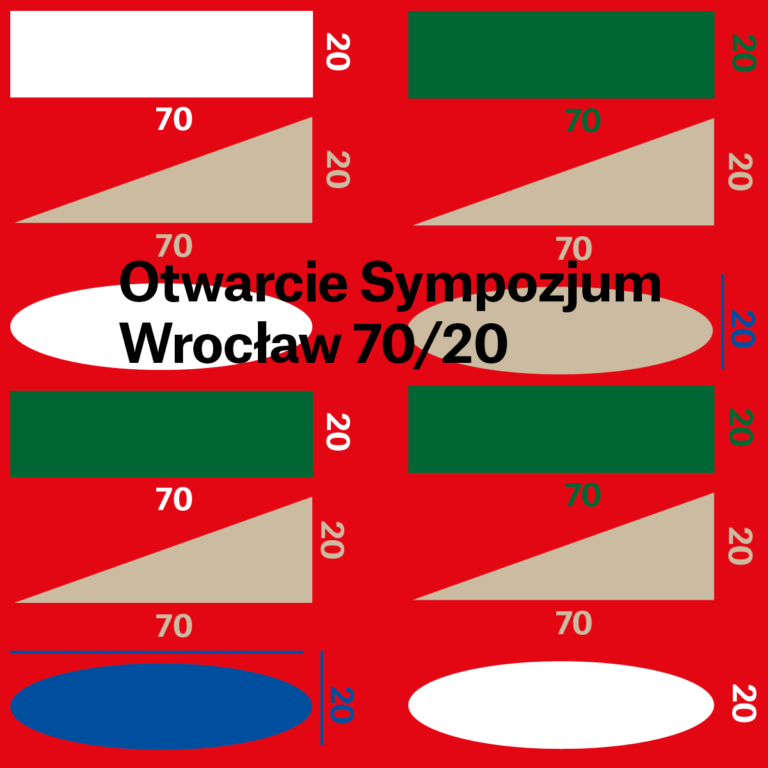 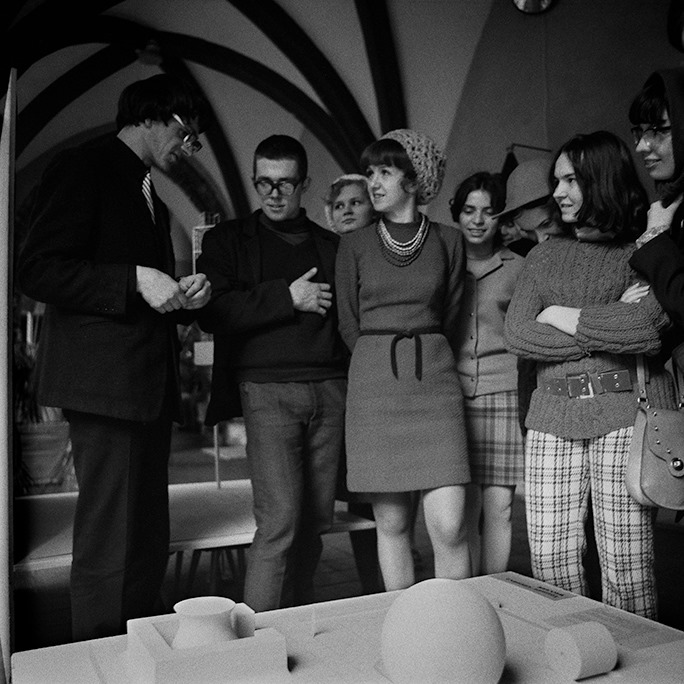