We invite you to listen to few-minute long commentaries on the exhibition Poetry and Performance. The Eastern European Perspective prepared by its curators – Tomáš Glanc, Sabine Hänsgen and Agata Ciastoń. They will introduce us to the context of the exhibition, its theoretical framework and the subsequent stages leading to its presentation at Wrocław Contemporary Museum. In this way, step by step, we will together follow the process of creating the exhibition, from idea to implementation.

The recordings will be published on three consecutive Tuesdays – 7, 14 and 21 April.

Each of the statements was recorded in a different place and form, usually with DIY methods using equipment available at home. Each recording shows a different perspective on the presentation, and sometimes also a reference to the particular situation in which we all found ourselves.

SABINE HÄNSGEN
studied Slavic literatures, history, and art history at the Ruhr University in Bochum. In 1984 she received a grant for doctoral research at the Institute of Cinematography VGIK in Moscow from the DAAD (German Academic Exchange Service). She conducted research and taught at universities in Bochum, Bielefeld, Bremen, Cologne, Basel and served as guest professor at the Humboldt University in Berlin from 2011–2014, and in 2014 also at the University Bremen (Centre for East European Studies). Working as an author, curator, editor and translator since 1984, Hänsgen has been participating in the performances of the Collective Actions group and has also been involved in establishing an audiovisual archive of Moscow conceptualism. Currently she is a research fellow at the University of Zurich on the project “Performance Art in Eastern Europe.” In 2012 she was a grant recipient of the Igor Zabel Award for Culture and Theory.

TOMÁŠ GLANC
is a Senior Fellow at Zurich University. He specialises in performance in Eastern Europe; samizdat and the unofficial culture; scholarship and culture of Russian and Czech modernism (Roman Jakobson, avant-garde, transfer of theories); Slavic ideology; contemporary Russian art and literature. From 2010 until 2013 he was a visiting professor at Humboldt University, Berlin (Institut für Slawistik); since 2011, he has been a visiting professor at Basel University. In 2007–2010, he was Senior Fellow at the Bremen University, Germany (Forschungsstelle Osteuropa); in 2005–2007 – Director of the Czech Cultural Center in Moscow; 2000–2003 – Director of the Institute of Slavic and East European Studies, Charles University. Glanc is the author of numerous books and catalogues, most recently Autoren im Ausnahmezustand. Die tschechische und russische Parallelkultur (Berlin, 2017), and Pavel Pepperštejn: Memory is Over (Ostrava, 2016).

AGATA CIASTOŃ
is an independent curator, teacher and text’s author. She lives in Wrocław. She has received a PhD in Cultural Studies from the University of Wrocław (dissertation entitled Photography and Film: A Meeting of the Media). She cooperates with public institutions of culture and education and publishing houses. Her main research interests revolve around visuality and the role of the media in culture. In her current curatorial practice, she focuses on archives and the coexistence of various media in artistic projects. She has also developed a strong fascination with the semantic potential of food and plants functioning as a medium in art. She loves desert landscapes, which bring her relief and inspiration.


The exhibition Poetry and Performance. The Eastern European Perspective was organized in cooperation with the Institute of Slavic Studies of the University of Zurich and riesa efau. Kultur Forum Dresden, with the financial support of the Foundation for Polish-German Cooperation and the Consul General of the Federal Republic of Germany in Wrocław. 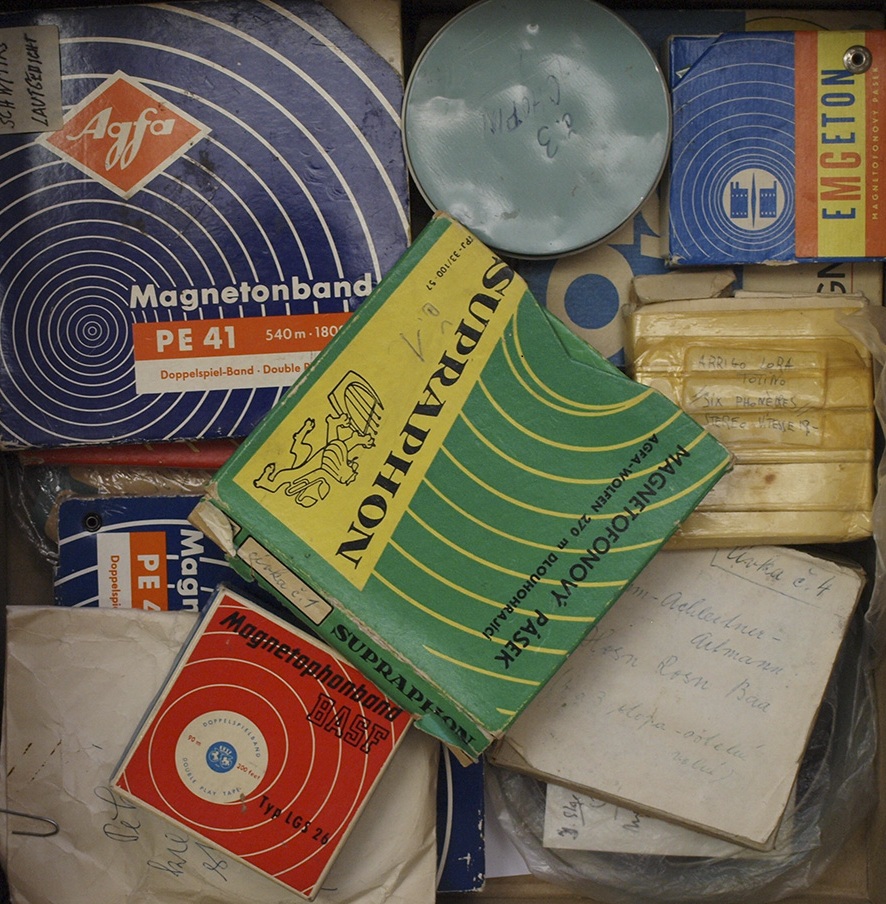