On 15 August, when the city slows down, we will be at your disposal! Come over to the roof to bask in the sun, do yoga, listen to a DJing marathon, laze about and scatter across the circular face of the museum-spaceship.

To top things up, you are in for a surprise. Have we mentioned that a rain of the Perseids is expected on that night? There is hardly a better place in the city to watch it!

More information will follow in parts. See you in August!

The performers on the roof will include:

He will soon celebrate the tenth anniversary of his work as a DJ and promoter. In the mid-2000s, he began by organising indie rock concerts, followed by a kaleidoscope of club styles in the Slam Dunk and Viadrina duos. He does his best to always remember about his hometown of Wrocław while travelling across Poland or describing the present day’s milieu of party goers.

A student of architecture, urban planning and philosophy, an architect and, since recently, a DJ – after all, one must eventually find his way in the contemporary world. He keeps unearthing fresh hits and lost pearls, skillfully navigating his way between the soft and the hard, house and techno, disco and electro. The turntables at his home are always on, so he wastes no time when it comes to technology.

Behind the esoteric-exotic nickname hides one of the most interesting DJs in Wrocław. In his projects, Ryan R performs unusual sets based on African tempos, erudite proficiency in using ethnic threads from all over the world, and highly dynamic and agile mix. Quality is certified by upper Portobello Road. 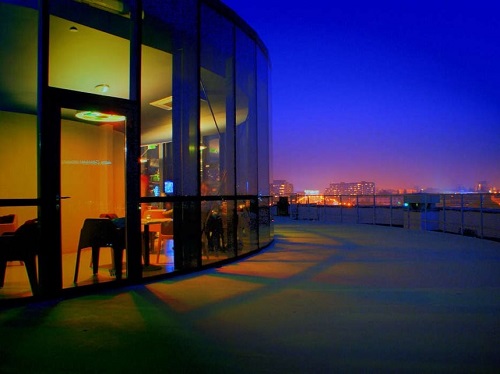