In her PhD thesis, Aleksandra Buba-Braun analysed the image of non-European peoples in travel programmes. During her talk she will examine the ways of using the motif of “savagery” in popular culture and its consequences.

“Savagery” is put in quotation marks because it refers to peoples who really exist, and the word “savage” is an evaluative adjective, marked with negative connotations: it denotes bestiality, ignorance, social and cultural inferiority. The stereotype of savagery is an effect of colonialism that is still preserved in our collective unconscious by the mass media culture.

As its recipients, we frequently witness a clash of “civilization” and “savagery”. On the one hand, films such as Cannibal Holocaust depict “savage” practices that are not only violent but actually disgusting. On the other hand, tribes are also depicted in accordance with Rousseau’s myth of the “noble savage”, as was the case in the recent block-buster Avatar.

What do these ways of representation tell us about primitive tribes? More importantly, what do they say about ourselves? These questions are among the issues that will be addressed by the speaker. 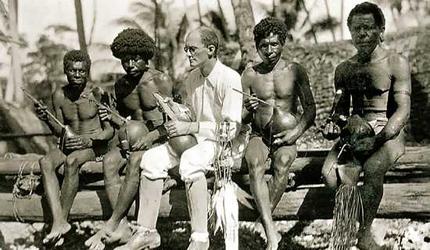