Andrew Ross used to write that Camp lay in a viewer’s smile and it seems to be very true. First of all,  sense of humor is the key in Camp, second of all – the appropriate perspective. However, to read a piece of art in such a way it is crucial to define what Camp really is as it has been discussed for a long time. The word “camp” appeared in press for the first time in 1907 to describe a scandalous behavior in a street which gives a clue what Camp really might be. The meaning of Camp has changed over the years and for instance in 1964 Susan Sontag used to prove in her “Notes on Camp” that Camp was rather the way of seeing the world in categories of artificiality and praise over something not worth being praised, a kind of aesthetical boredom and what’s more something absolutely apolitical. And yet the issue of Camp’s political indifference which is denied by Anna England and its critical potential which was ignored by Sontag will be the starting point while discussing the chosen works.

Camp appeared in Poland in 1989 once critical art faded out. Critical art was dominating in mainstream of 1990’s spreading the atmosphere of suffering, pathos and seriousness over Camp. Despite that Camp began its presence at that time still being in minority. Elements connected with Camp are yet to find in Polish art in quite early stages i.e. in non-Camp political system – communism for instance. Somehow works of Alina Szapocznikow and Władysław Hasior were “campish”, the question is – in which way?

Anna England – PhD of History of Art at Wrocław University, graduated University of Arts in Poznań and Adam Mickiewicz University in Poznań. She pays her interest in  kitsch and Camp in the culture.

“On the Agenda…” is a series of meetings during which the Wrocław-based PhD students and young scientists will have an opportunity to talk about conducted research, interesting subjects and their dissertations.

It turns out that we underestimate our own, “Wrocław” playground, while many interesting studies, observations and texts concerning the contemporaneity are written and carried out just next door.

We therefore give the Museum space to the “young” science experts. Let them report on their current work…what is on the agenda today?
We shall meet the representatives of different disciplines. All of them deal with broadly considered humanities, social and cultural studies.

We encourage everyone who has an idea for an interesting presentation and is not afraid of a discussion with the audience to contact us. Write at b.lis@muzeumwspolczesne.pl. 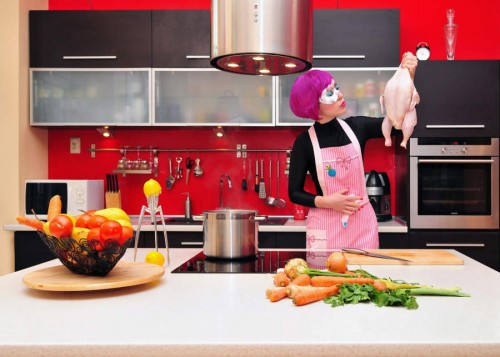