They say there is a secret of masculinity hidden in sport, in regular training one’s

body. Corporal flexibility and strength, rivalry, the toils of combat, aggression – there is no point in looking for a more accurate recipe for masculinity. Sport holds a dominant position in the process of socializing a boy into becoming a man. Why, in slogans raised by football fans, health and sport stand in one line with nationalism?

They all three share the same notion of masculinity.
Masculinity is scared, it looks shyly but arrogantly at the world, it is not sure of its identity but it takes all steps possible to keep its superior status. Some think that homophobia, but also misogyny, anti-Semitism ant nationalism in its extreme forms are really connected with a notion of traditional masculinity.

Bartek Lis - a sociologist, Ph.D. student at the University of Wrocław, Curator of Research Program of MWW 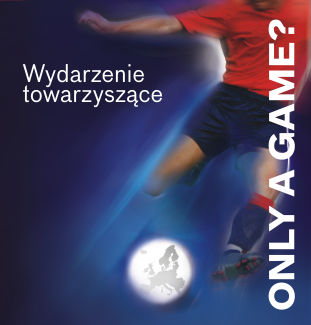