The originators of the first women-style city guide of Wroclaw invite you to a talk on the silent film, in which women had a voice. Where cinemas were located in the former Breslau city, what did women used them for and how they used to spend their time there – we will find all this during an interview with Dr Andrzej Dębski.

During the discussion about cinema as a place of emancipation for girls and women we will show excerpts from the oldest, most important films from that period, including the first film about suffragettes starring Asta Nielsen: ‘The Suffragette’ (‘Die Suffragette’), directed by Urban Gad, Germany 1913.

‘The Delicacies of Nadodrze’ – seniors who participate in the project ‘Stallone and Szapołowska also have also blown out 60 candles’ aimed at the elderly inhabitants of the capital of Lower Silesia – will also prepare a meal based on the traditional recipes of cinema in Breslau. 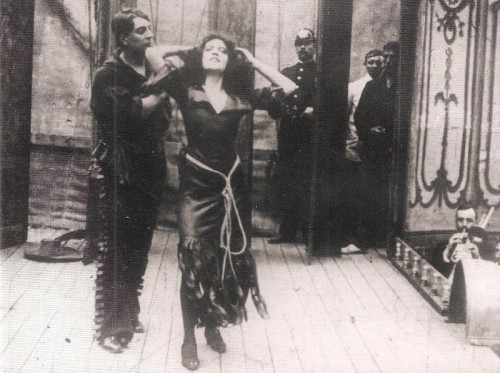