How has jazz been developing in Poland since the beginning of the 20th century until today? How has the socioeconomic context influenced art practice? Global advancements, institutionalisation processes, gradual gaining of the status of higher culture and the change of the participants in jazz (including the artists and audiences) have been connected with socio-political changes that exerted influence on all spheres of the functioning of the jazz milieu, especially the symbolic and economic ones. The phenomenon is analysed in the historical-institutional dimension.

Although the story goes back to the pioneering days in the interwar period and spans the period until today, particular emphasis is put on the coarseness of the Polish version of socialism. How was the process of the institutionalisation of jazz influenced by the relations with the authorities, who defined the limits of artistic freedom in the People’s Republic of Poland as well as determined the financial and economic possibilities of the functioning of the jazz milieu?

The emergence of jazz in these conditions was possible due to the efforts of musicians, organisers of music events, popularisers, and largely thanks to the audience who associated jazz with freedom, liberty, and contestation of the official socialist culture. The issues in question are still relevant in a situation when the art world has been subjected to free market rules and limited patronage.

The second dimension of the analysis involves an attempt to grasp the changes of the participants of the jazz world – their self-perception, their art, rivalry, cooperation, successes and carriers, and their peculiar lifestyles. An important issue concerns the functioning of jazz listeners, their changes and preferences (especially in a free-market economy).

is a musician and sociologist. He is a member of the art board of the Jazz on the Odra River festival. As a saxophonist, he has made more than 20 records and participated in concerts and festivals in Poland, Germany, Belgium, Holland, Russia, Norway, Sweden, Monaco, Switzerland, and Spain. His academic interests include the sociology of culture, art and memory. He wrote the book Jazz w Polsce. Wolność improwizowana (NOMOS 2012), which was also published in English under the title Jazz in Poland. Improvised Freedom (Peter Lang 2014) 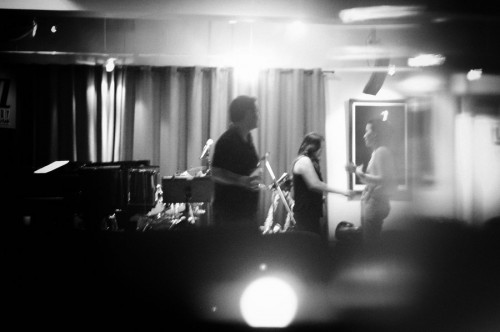