An amusement park is a hyperreal space where images substitute reality and become authentic within the limits set by the rules of the game/play. It is an exterritorial place devoid of the past and any identity stemming from it, in which kitsch is intertwined with the aesthetics of surrealism. Perhaps this is the most accurate description of what Lower Silesia nowadays is.

The postwar migrations and the resulting tragedies and feelings of uprootedness and alienation are today but a somewhat faded background to family or historical tales that are told ever more rarely. Tradition has been substituted by its staging, which to a large extent is free from the ideological engagement that characterised the time of propaganda in the “regained territories”. The mythical Wild West is today replaced with a promo campaign “Mysterious Lower Silesia. Not to be told. To be seen” while in the Western City in Karpacz there are no Lower Silesian pioneers.

Do the disagreements about the more or less distant past still matter in this situation? In an amusement park, the past can provide a fascinating setting or become an element of a strategic game, a way to build the attractiveness of the region for tourists. However, having freed itself from political manipulations, doesn’t the past become irrelevant? Isn’t it the very process that makes it possible to transform the German Festung Breslau into the Polish Twierdza Wrocław, which local football fans have adopted as their emblem? The material for these deliberations is provided by the research of memorial places in Lower Silesia, which is carried out at the Institute of Cultural Studies.

Izolda Topp is a cultural expert. She holds a PhD in humanities and supervises the specialization “Culture and Vision of the Region” at the Institute of Cultural Studies of Wrocław university. She is interested in the notion of the symbol and its functioning in contemporary culture, cultural transformations of landscape and the cultural dimension of religion. In 2014 she published a book titled "Słowa niemodne? Kultura – symbol – tradycja" ("Unfashionable Words? Culture – Symbol – Tradition")

The lecture accompanies the exhibition The German Did Not Come

Co-organizer of the lecture is Art Transparent Foundation 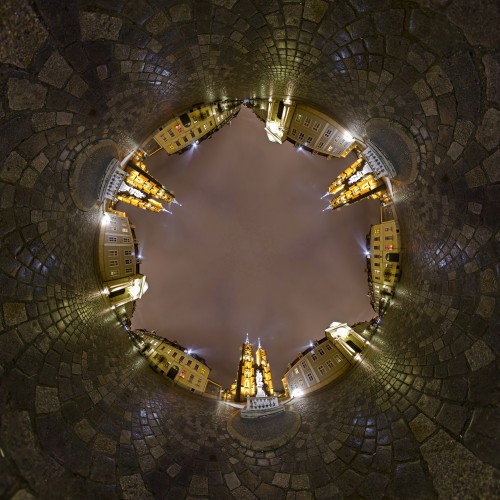