It is estimated that Gypsies living in Poland constitute an ethnic minority of about 20 thousand people. Contrary to popular beliefs, they are not a monolithic and coherent community. They fall into several groups that differ in their language, habits and internal structure. A vast majority of the Gypsies, irrespective of which group they belong to, are in a very difficult situation, afflicted with poverty, extremely high unemployment rates and low levels of education.

What are the reasons for this situation? What does the state do to alleviate it, and what do the Gypsies themselves do? Are these actions efficient? What are the threats faced by this ethnic group in the 21st century, in spite of the actions taken by the state, social organizations etc.?

Professor Waldemar Kuligowski, a cultural anthropologist working at Poznań University, an essayist and TV programmes maker, wrote in his review of the book: “Romani people have so far been depicted in the Polish literature as either dirty beggars or dancers and singers by the fire. Jacek Milewski’s book represents a real breakthrough because it portraits the Romani in a very different way: as participants in the same reality, sharing “our” everyday life in front of the TV, computer, in schools and hospitals. It is a book about our neighbours who are not strangers. And it is always a good idea to meet the neighbours. That is why I strongly recommend reading it.”

Jacek Milewski is the cofounder (with priest Jerzy Zawadzki) and head of the only school for Romani children in Poland. It has been functioning since 1993 in the Romani School Parish in Suwałki. Jacek Milewski is a lay theologian who has written extensively and made TV programmes about issues connected with Roma people. He is also a journalist who has cooperated with the regional television in Białystok for many years. In 2008, Milewski published a collection of short stories devoted to Gypsies and titled “The Smoke is Vanishing”.

In 2009, the book received the Beata Pawlak literary prize, which is awarded for promoting other cultures, religions and civilizations. The jury wrote that Milewski’s book shows “an unknown world that is within arm’s reach.” 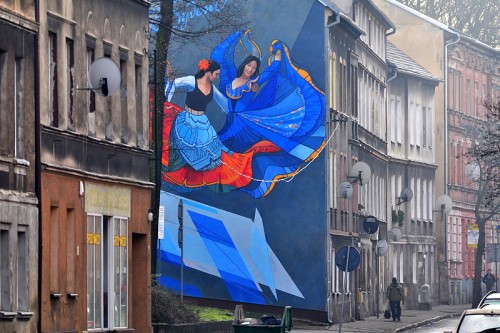