Claire Bishop stated that aesthetics in arts was replaced by ethics, which subsequently means that we judge artistic works only through the prism of its political character. This is well exemplified in Jean Gabriel Periot’s films, which exploit the image of street riots, thereby illustrating the phenomenon of social anger. There is no doubt that while formulating its language, contemporary art increasingly often reaches for strategies worked out by bottom-up anti-capitalistic movements. It can be proved by artists’ works that use the idea of occupation, strike, D.I.Y. or non-cash exchange of goods. Do alternative practices digested by mainstream still have the political edge? During the lecture we will analyse Jean Gabriel Periot’s films and juxtapose them with other works referring to the historical moment of “people taking to the streets”, we will also track strategies of art called “socially engaged”.

Joanna Kobyłt - an art historian and critic. She wrote, among others to “Obieg”, “Mocak Forum” and “Recykling Ideii” magazines. Kobyłt is a member of Falanster collective, for many years she has been associated with Wroclaw independent culture. Her interests include bottom-up movements and artistic and social urban activity. She lives in Wroclaw and Warsaw. 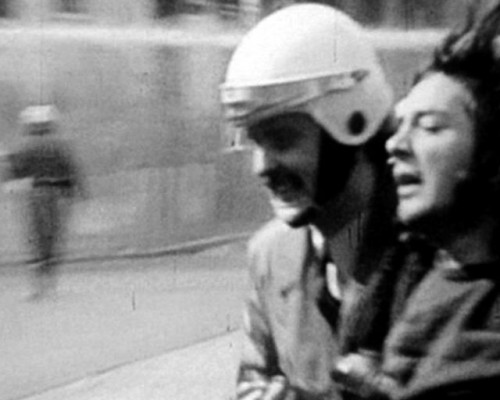