In 2010, a research project that documented a fragment of the soundscape of Wrocław was carried out. Now the time of (re)vision has come. The original investigation used qualitative research methods, such as the narrative interview and observation. However, the material gathered and its analysis seemed incomplete, so the study was accompanied by recordings of those fragments of Wrocław soundscape that were mentioned by the interviewees.

In order to visualize and document the research, photographs were taken that showed the sources of the sounds captured in the recordings.
(Re)visions is an attempt to look back at the project from three years ago. It is also intended to trigger a discussion about sound, noise, silence, and their perception by the inhabitants of Wrocław.

The author of the project would also like to talk with the audience about his conception of a museum of sound in Wrocław.

Kamil Nowelli is an anthropologist of culture. In his daily work he studies the antistructure of the everyday. He cooperated with Wrocław Contemporary Museum from 2011 to 2013; at present he cooperates with the FIRLEJ Centre for Artistic Actions 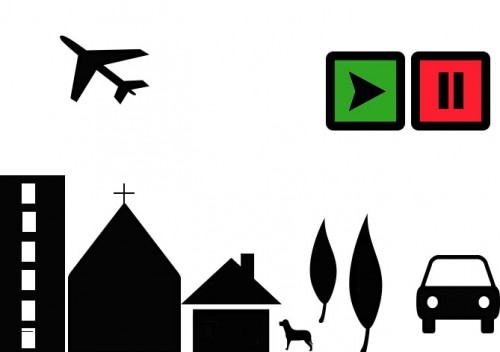