Sound recording belongs to brilliant inventions of the 19th century. Like in any other domain, also beginnings of phonography were very difficult: it all started with experiments with recording sound waves on a soot-coated glass pane. In 1877 Thomas Alva Edison presented to the world his phonograph – the first device which could both record and play the sound back. Initially, recordings were performed acoustically, without the use of a microphone. Within the following years, more and more advanced modifications and improvements were introduced, which finally led to the appearance of still known vinyl long play discs at the turn of the 1940s. and 1950s. Interestingly, for several years the phonographic industry was closely related to the development of cinematography.

In line with the sound recording technique the aesthetic side of publications themselves developed, too: disc labels would often become small graphical masterpieces, while jackets and sleeves for discs and albums were designed by professional graphic artists. Also press ads have changed over years: from richly illustrated advertisements full of text to short and apt promotional slogans.

Michał Pieńkowski has been interested in old songs since his pre-school times, when his grandma taught him to use a gramophone. He is curious about everything which today can be called the pre-war show business: cinema, cabaret, radio and entertainment music of the interwar period. For several years now, initially as a hobby and now as his scientific research, he has been dealing with the history of Polish phonography that has become his biggest passion. He is also interested in emigration songs about Lvov, which were the subject of his Master thesis. PhD student at Warsaw University. 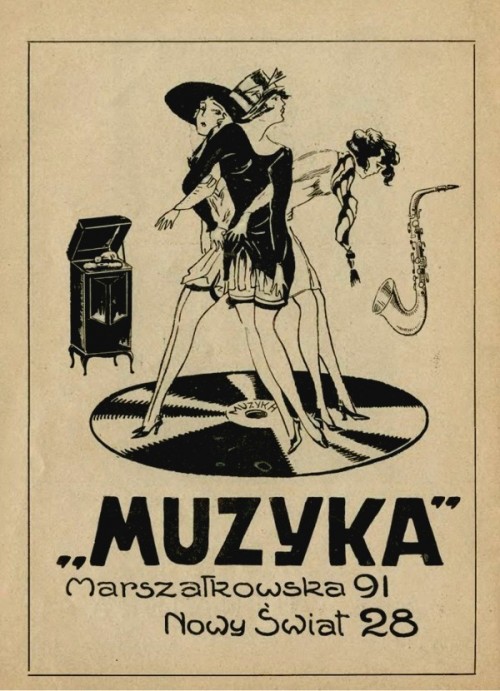