The term “Romani” has become a certain symbol of the empowerment of this group of people, an emanation of aspirations and the ongoing cultural changes. The word “Gypsy”, in turn, is going out of date, being increasingly perceived as politically incorrect. What does it look like in reality? In Poland, doesn’t the burden of negative associations connected with the “Romani” outweigh the negative stereotypes about “Gypsies”? After all, who are “Gypsies” and who are the “Romani”?

The above is the starting point for a lecture on the origins and shaping of the image of the Gypsies/Romani, on their history and heterogeneousness, on their culture and changing traditions; a lecture on a number of “myths” and some widespread opinions. And also – on whether jealousy influences the mutual contacts between the Gypsies/Romani and “gadjos”.

Miłosz A. Gerlich is an ethnologist and cultural anthropologist who loves talking to accidental passers-by. He is a PhD student of culture studies at Wrocław University who has been exploring the issue of Gypsy/Romani culture for over a decade 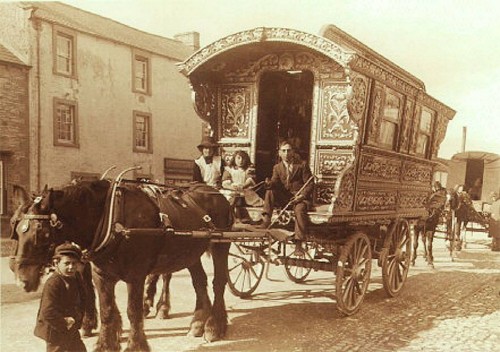