Pre-modernity saw fullness as something natural, independent of human will. Modernity started to experiment with fullness, once trying to destroy it, once to construct in anew. Post-modernity has completely disenchanted us: every fullness is artificial – every fullness is a matter of culture, is a narrative, yet is necessary to live. The process of getting to that initiation is best seen in visual arts of the 20th and 21st century.

The history of successive avant-garde and post avant-garde movements of the 20th and 21st century shows that art has become an area of non-mediated experience, body and awareness experiments, transgressing rationality and social convention, and finally – initiations into new basic senses and meanings. Futurists and dadaists waited for the death of old mendacious world, and, on its borders, mystical abstractionists experienced initiations into clear, non-objective dimensions and spiritual worlds. Surrealists, looking for convulsive beauty, provoked „different” states of consciousness. Till now performers construct new private rituals by which they cross the cultural borders looking for sacrum in corporeality. There is also an attempt to dissect the experience from the image of everydayness, including it into the world of conceptual ideas or into new spaces of bio-art.

Many are inspired by various „others”, icons and Christian mysticism, Buddhism. Fullness is still being looked for, accompanied by the whole painful awareness of its artificiality.

On the author:
A habilitated doctor Paweł Możdżyński is a sociologist, he works at the Institute of Applied Social Sciences of the University of Warsaw. His research includes non-religious sacrum in visual arts of the 20th and 21st century. 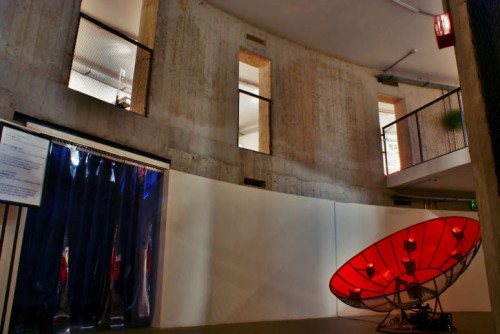