The voids in the history of the European cities used to act, among others, as a counterbalance to the densely built-up boroughs surrounded by the fortified walls. They constituted meadows (so-called Prato Comune) and shooting squares – sometimes situated between two rings of fortifications. Another type of historical voids included undeveloped areas located in the vicinity of the unpopular skinners’, pitch burners’ and blacksmiths’ workshops.

The voids in the contenporary cities constitute yet another issue. Their existence results not so much from the conscious planning processes as from the devastations of World War II or – in some cases – from the political and social trends and the urbanistic decisions they entailed. The examples of such a “phenomenon” in Wroclaw are numerous. Społeczny Square (Plac Społeczny) – which until 1945 was an intensely developed part of the city – today may be defined by the dated hub. The area west of the Powstańców Śląskich Street, originally a part of a densely built-up Southern Suburbs (Przedmieścia Południowe), is nowadays occupied by chaotic sets of buildings and randomly scattered green areas. Also the city centre is marked by the voids – the former John Paul II Square (Plac Jana Pawła II), as the Royal Square served as the western gate to the city. Today it is just an amorphous area full of tram stops, while the public infrastructure was pushed underground.

The voids arisen from the poor urban decisions taken in the past may also be found in the Old Town area and are represented by the courtyards formed by the walls of the blocks on Szewska and Kuźnicza streets as well as in the area of Nowy Targ Square. Is there any way to fill these gaps and what was done about them in the past? What did the suggested solutions looked like and why were they not realised? These questions will not probably find their answers during the meeting, but the fact that they were asked may be treated as an attempt to trace the unknown meanders of our imagination.

Rafal Eysymontt – an art historian, specializing in the subject of urban planning and conservation, an author and co-author of numerous historical studies of he cities and guidelines for zoning plans, a co-editor and co-author of the Historical Atlas of Polish Towns („Atlas Historyczny Miast Polskich”), an author of numerous publications on the history of urban planning, architecture and the cities of Lower Silesia. In the years 1990-1993 the Chairman of the Committee of Architecture and Spatial Development of the Wrocław City Council, currently a professor at the University of Wroclaw, the President of the Wroclaw Association of Art Historians, a member of the Provincial Council for the Protection of Monuments and the Polish National Committee ICOMOS.

VOI D_studies | BACK TO THE FUTURE

BACK TO THE FUTURE. About the unrealized concepts for the Wroclaw voids 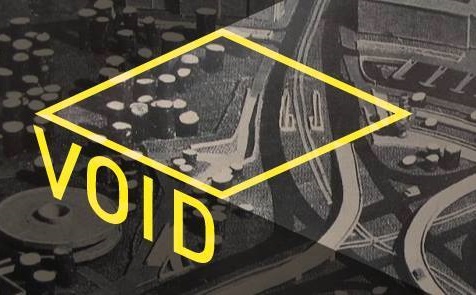