The notion of national and cultural identity dominated the entire Slovakian discourse in the late 18th century and especially throughout the 19th century. Historians, linguists, politicians and poets alike struggled with the question: “As Slovaks, who are we really?” They painstakingly gathered all the evidence of Slovak people’s existence throughout history, reconstructed their national history, created symbolic maps outlining the territory of their homeland, tried to establish a standard language and even considered active participation in politics. The most important challenge, however, was creating the foundation of collective identity and inventing the attributes that any modern nation was supposed to have.

This was a daunting task, for several reasons, both “internal” – lack of own statehood, poor historical and cultural traditions, scarce elites, and “external” – suppression of any Slovak aspirations by the Hungarians, supported by the Austrian authorities. However, the determination of national activists, who followed the then rhetoric and perceived national revival and awakening of their compatriots from age-long sleep as their historic mission, brought tangible results.

Obstacles were overcome in various ways, individual aspects of Slovakness were mythologised in the spirit of Romanticism while concrete postulates were formed within the binding legal system. The symbols, constructions and narratives that solidified in the 19th century – the Tatra Mountains, the Danube, the Great Moravian history, Jánošík, the importance of folklore – are still active elements of Slovakian collective consciousness. In spite of critique, instrumentalisation by politicians and deconstruction efforts, they are still alive.

Rafał Majerek is a Slavonic scholar and specialist in literature. He works as an assistant professor at the Institute of Slavonic Studies of the Jagiellonian University where he conducts research on the development and contemporary forms of Slovakian national and cultural identity and the newest Slovakian prose. He has authored academic publications as well as texts for the general public, including the book Pamięć – mit – tożsamość. Słowackie procesy autoidentyfikacyjne w okresie odrodzenia narodowego [Memory – Myth – Identity. Slovakian Self-identification Processes in the Period of National Revival] (Cracow 2011) 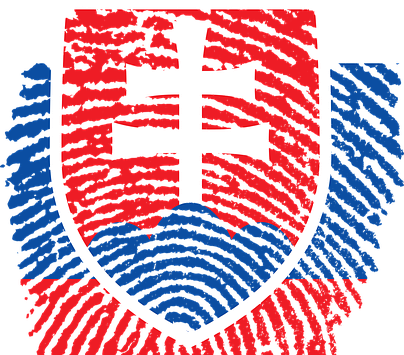